You are here: Home / Save / Professional Investment Advice (and why you should pick the right battle) 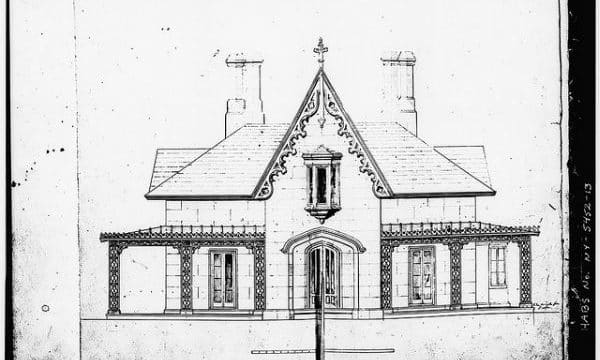 When someone builds an argument, don’t necessarily accept the premise.

In a recent story at Get Rich Slowly, JD Roth detailed his girlfriend’s experience with “financial advisors.” For those of you too lazy to click the link (that would totally be me, if I were reading this….), the story plays out like this: girlfriend meets with advisor who discusses briefly retirement planning and then recommends against index funds. Then she meets with another advisor who talks briefly about retirement and (surprise) recommends load funds.

Roth fights with the second advisor, ultimately advising his girlfriend to avoid load mutual funds at all cost and to go with index funds.

He’s outraged by the focus on fee-ridden products that his girlfriend receives, and recommends (based on the incendiary title of the piece) that people shouldn’t listen to financial “professionals.”

I believe Roth and (more importantly) his girlfriend should be angry, but not about the advisors’ choice of funds.

Why Should Roth Be Angry?

I’ve found, as my time as an advisor and as a financial writer, that people love to battle over “what’s the best product.”

Sometimes this is warranted.

It’s true that fees drive down the performance of a fund. It’s also true that active managers are likely to be beaten by passive funds. If an active manager DOES beat the index, it’s damned-near impossible for you or I to know which one is likely to win next year.

There’s a far bigger battle to be had.

The Real Battle You, Me and Roth’s Girlfriend All Need To Win

Most people don’t win or lose the retirement race because of fees, though. I have no scientific evidence, but in 16 years advising people, I never witnessed somebody lose their retirement goals because they made the choice to use load funds. People were either on the right track or they were so far off the reservation, using an index fund wasn’t going to miraculously pull a glorious retirement out of the hat.

I’m not defending load funds. I’m telling you why people lost the race.

Most people lost the retirement race because they had no clue what the goal was and didn’t factor in the entire picture when choosing investments. Maybe ETFs beat mutual funds. But do you need ETFs or mutual funds at all?

What if you could have made your goal with less volatile investments, but knew that passive index funds and ETFs were better than actively managed funds, so you invested in them….and then the markets tumbled?

You lost not because of the lower fee investment. You lost because you didn’t work first to find out how to reach your goal.

I Would Have Been Furious….

…if ANY advisor had told me what to use to meet my retirement goal without knowing five criteria first:

– What return I need.

– How my other investments were allocated.

– My tax situation (including my income)

– My ability to save (different than my savings need) and any extenuating circumstances.

Unless he omitted loads of details, Roth’s girlfriend’s “advisors” made recommendations without knowing ANY of these.

So why was Roth eager to jump into an active/passive debate?

I don’t know. At best, that particular argument was premature. At worst, it was because it was the one he already knew the answer to.

There’s No Reason To Talk Product Until You Talk Needs

I couldn’t imagine meeting with an advisor and having them pull out some funds that I should buy during that first hour. Does anyone fall for that anymore?

What would you do in a shoe store if the salesman pulled out running shoes without asking what type of activity you were using them for?

What if you took your car in for service and the mechanic puts in better oil (because it’s clearly superior) but ignores the broken fan belt?

How can an advisor truly know what you need without fully understanding who you are?

That doesn’t mean that the advisor doesn’t have ideas. Sure he does. I did. But what I found out as we progressed through our fact-finding was that my first instincts were often wrong. Once I learned the details about a person I wasn’t familiar with, I often ended up changing my advice. Think your advisor can communicate better? Maybe you should focus on the goals first, and then the products.

Stackers, if there’s anything you should be angry about when you visit an advisor, it’s that they don’t know enough about you before making recommendations. Maybe then you’ll actually disagree on investments….but I’ll bet that both you and your advisor will have a better discussion if you clearly know the road ahead first.