You are here: Home / Podcast / Who Do You Blame If Your Retirement Plan Stinks? 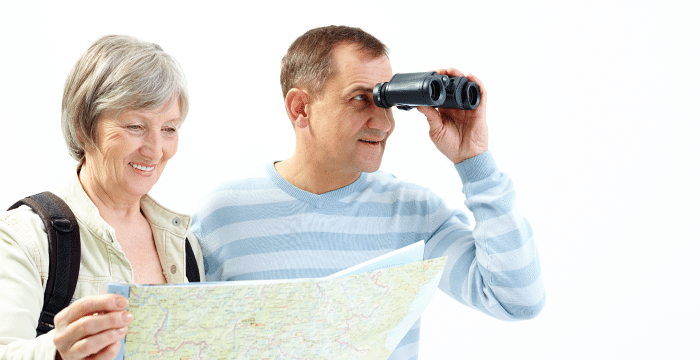 Let’s apply some pressure: suppose for a moment that you reach retirement age and find out that you were inadequately prepared. How would you act?

The press was a little ugly against popular golfer Bubba Watson a couple years ago in a big golf tournament as he missed stroke after stroke, moving from the front of the field at the Travelers Championship toward the back in a hurry. Nobody criticized his poor shots. Golf history is littered with missed opportunities and epic collapses. Watson’s errant shots weren’t close to newsworthy.

What they were harsh about? His treatment of his caddy.

Check out this video:

Back to my original question. Your retirement plan stinks, and is melting around you. Do you blame your advisors?

In Some Respects, You Should

But when is the right time to acknowledge your advisor’s mistakes? In Watson’s case, he’d had practice and then four rounds with this caddie. Does it make sense to blow up on national television that late in the game?

You Own Your Success, Don’t You?

As a former advisor, I understand needing competent help and I understand the need to implicitly trust your advisors. Your advisor needs to be a trustworthy sherpa who can guide you up the mountain of retirement. If she’s particularly good, she can teach you secret routes that few travel, helping you reach the summit either faster or with less pain along the way. It’s up to you to find and hire someone, then to determine whether your advisor is up to the challenge.

If your advisor isn’t the right one, it’s also up to you to have the balls to fire her and look for another.

How Do You Know If It’s Time To Fire Your Advisor?

First of all, don’t trust your gut. If business owners on popular shows like Kitchen Nightmares or Tabitha’s Salon Takeover trusted their gut, they’d fire Gordon or Tabitha immediately…and they would have never turned around their business. Often a good advisor is going to tell you the blunt, brutal truth. I want that kind of help in my life, not a “yes” man.

I tire quickly of stories of people working with advisors who only exist to sell investments. Aren’t we old enough to buy our own investments now? Aren’t we at the point in history where having a “middle man” between you and your money is like an antique?

Your advisor exists to plot the course. Sure, you can do this legwork yourself, but like a skilled mapmaker, she can do it in 1/10th of the time and it’ll be accurate. It’s your job to lay out the goals. Once you have the plan, it’s your job to spot check it. Are the milestones relevant? Is this a path you can follow?

Here’s a frustrating point: because I was an advisor on television, potential clients rarely checked my credentials (by rarely, I mean that I can remember exactly two people looking up my BrokerCheck record or asking about my academic background).

Often bad advisors I knew would cite Hippa requirements and say that they couldn’t give recommendations. Are you kidding me? If the client, in writing, tells the advisor that it’s okay to share their name, the advisor can then pass on referrals.

I often laughed at this one, though. If you asked me if you could talk to my clients, do you think I was going to introduce you to the ones that I had a bad relationship with? That’s why this is point #3 on this list. and not #1.

This doesn’t make an advisor good, but it does show that they’re willing to be out in public as an advisor. Often if an advisor is tied into the community, they’re less likely to be hiding shady secrets.

Ask about investment philosophy and fees.

If an advisor works in a manner different than you want to pay them, they might not be a great fit.

Above all, if you reach retirement, like Bubba Watson reached the back nine of the last day of the tournament this weekend, don’t start yelling at your help. Blaming everyone around you doesn’t make the situation better. And, a note to Mr Watson: no matter how much that caddie messed up, you were still the one holding the golf club. Remember that, Stackers; if your help messes up, their dreams aren’t down the drain: only yours.