You are here: Home / Save / Getting Out of Debt? Yeah…Not a Goal 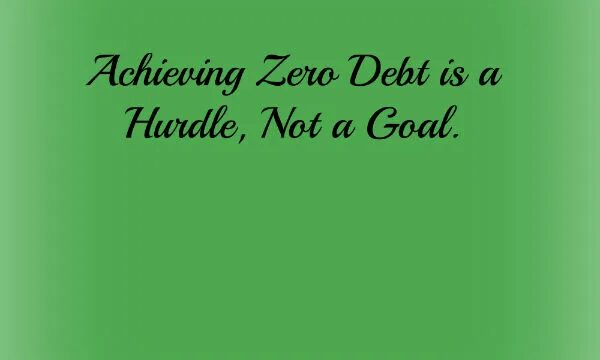 Maybe Drake Bell can’t control his debt, but you can certainly tackle yours….if you frame it correctly.

I’m always amazed when people who are up to their eyeballs in debt share that their “goal” is to get out of debt.

I understand the feeling, but their use of the word “goal” is misguided.

As my friend Chris said when he reached the top of Mount Everest and found out his oxygen tank was leaking, “That’s gonna be a problem.”

Having a goal to “get out of debt,” unfortunately, sets you up for failure.

Goals should be a positive experience, not the lack of a negative.

When people retire, often I find problems with people who retired “away” from their job instead of “to” future experiences. You may have heard the same stories I have: a guy retires in January and is dead by July. I have no medical proof, but I believe that this person had no reason to live anymore. The job was done, and now they woke up every day with a blank slate.

That’s a good time to die, don’t you think?

It’s the same with “getting out of debt.”

By setting a goal where you want debt gone, you’re setting up a vacuum once you’re beyond your debt. When I interviewed Travis from Enemy of Debt about his goal on our podcast (here’s the link if you want to listen….it’s a great story), he had clear objectives he wanted to achieve that debt was keeping him from: saving for college and securing his retirement.

Getting his life back was his goal.

Debt relief isn’t a goal. It’s a hurdle that you need to cross to reach your goals.

Your job is a hurdle that you need to leave to free up time for other pursuits.

An advisor friend of mine worked with a client to help her pay off all of her credit card debt. Within three months she’d purchased a boat (payments) an expensive television (on credit) and was seriously considering upgrading her home (bigger mortgage).

She had nothing beyond the hurdle of debt. For her, clearing that hurdle was the only goal. Instead of focusing on the debt, think of all of the things you could be doing if you didn’t have debt. Put yourself across that hurdle.

Building a cash reserve. (not a goal yet? here’s why this is important)

Creating a retirement full of experiences.

List out your dreams. What is debt robbing you of? Write these out. Get angry about all that your debt has stolen from you. It’s completely screwed you out of tons, hasn’t it?

Time to get those moments back.

Now, when you clear the debt hurdle, you’ll be ready to face a new future…and instead of being the guy who “retires” to nothing because his “goal” was to “stop working” or instead of being the woman who wanted to “get rid of her debt” only to replace it with new ones, you’ll be debt free and focused on building for a clear future.

…and what a better future it’ll be without that hurdle in the way!

What is your goal when you’re out of debt…or are you too focused on the hurdle to look beyond it? Next week we’ll talk about what that debt’s doing to your ability to achieve your dreams.