You are here: Home / Save / Stock Market Gurus Make Me Nervous—and Make Us Money 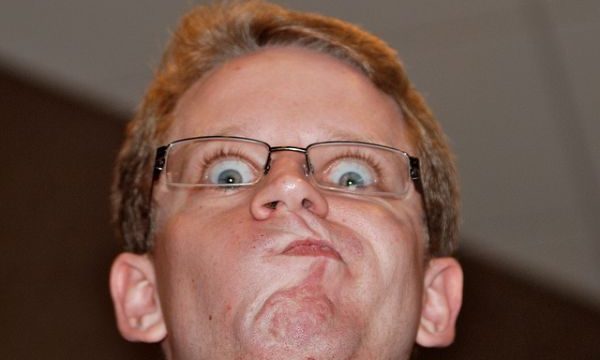 YOU MIGHT read that statement and think that someone smarter than you (a guy who tracks the market for a living and who’s paid $3.5B dollars to manage Appaloosa Management) can see things that you and I can’t see. He has some kind of intuition, or maybe a crystal ball.

It’s also true that throughout history, “ stock market gurus ” have called markets. Another famous manager, Goldman Sachs strategist and manager Abbey Joseph Cohen famously called the downturn in 2000. However, she missed the next downturn in 2008 until it was too late. Some managers call down markets so often that at some point they’re bound to be right.

While I wouldn’t call Tepper’s quote about nerves a call on the market, I still think when people like Tepper speak, too many people listen.

Here’s what you do when the market begins to shake:

3) Forget about timing, though. Here’s what happens if you take your money out of the market now. First, you’ll have to be right, and you’ll be in an awkward position with a bunch of cash on the sideline. I’ve been there. Once your cash is out, you’ll sit and hope like hell that things go the way you’d planned. They never do.

But that’s not all.

After that, you’ll have to decide when to put the money back into the market. Maybe you can make a great call once. But to successfully navigate a down market by timing, you have to be a genius twice.

I love my readers, but I don’t think  you’re smart enough to do that.

You have friends at work if you’re investing.

Your best friend is dollar-cost-averaging. By putting money in slowly over time, you’ll scoop up shares while the market’s low. If we have an extended downturn, you should find ways to increase your savings rate.

Your next best friend is the tax code. If your positions sink and your exchange traded funds or mutual funds are down, sell them and buy a different fund that’s also down. You’ll lose nothing and scoop up some capital losses that you can use this year and maybe in the future.

Your third friend, of course, is time. there’s an old, worn phrase that says “Time IN the market, not TIMING the market, is the key to success.” You know why it’s a tired and worn phrase? ….because it’s true.

Want more on this topic? Philip Taylor joined the podcast on Friday to discuss Tepper’s statement and also real estate investing. Check it out!

So, while Wall Street media people run for cover in the streets, it’s your job to go grab the money they’re leaving behind in their panic.