You are here: Home / Podcast / Repetition and Focus…Joe Looks Back on 2014 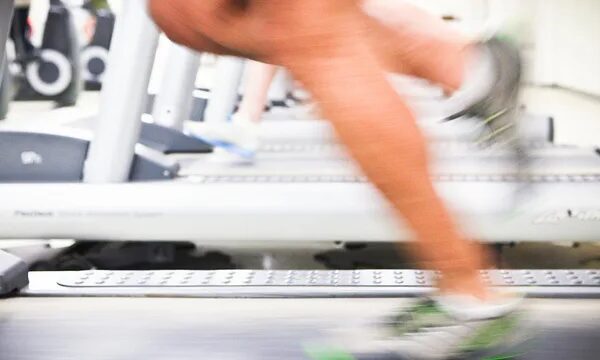 I can’t believe it’s over already.

2014 was a year of trying to manage a couple bucking broncos: my kid’s college and our podcast. Overall, I’d say this was a year with two big lessons: repetition and focus win the day. Don’t get distracted. That’s not to say I never was distracted….I DID start a few projects that I had to abort this year (or cut back on). Yet, overall, I cut more than I added, and when projects got “the axe” it was because I had to spend more time on key activities.

Here are the most significant events from this year for me personally, and I’ll try to tie it to something we can learn from for 2015:

I Saw Tons of Movies

Okay, let’s get this elephant out of the room right away. I saw a shit-load of films this year…and most weren’t that good. Sure, I’m watching for the podcast, and yes, I love few things better than watching movies, but MAN, 2014 was seriously horrible for films. I hope 2015 is better because this was disappointing.

One reason I watch films is so that my sense of story stays strong for this blog and the podcast. I like to have an idea of what represents good entertainment and to have my finger on the pulse so that I can monitor our success. Next year I’ll work toward using this success to finish my book promote the podcast and start making videos.

I Ran My Fastest Marathon

Many of you know I run every day (now we’re up to roughly 2.5 years of running at least a mile every day). The shocker was, I didn’t take running as seriously this year as I have in the past, yet in early December I ran my fastest marathon ever in Memphis….a course that’s decidedly not flat AND not designed for fast times.

I think the lesson here is that you begin to build habits and what seems easy now used to be hard. In reality, when I examine my training, I worked hard enough to run my fastest time, but it required a smaller effort than ever before because it’s a part of my everyday life. In 2015 I hope to have writing every day become easier. I’m NOT prolific as a writer….it’s difficult for me to put words on paper, and I’m hoping it’s a muscle I can strengthen.

Speaking of strengthen, while I wasn’t thinking about marathons (in fact, I decided against running an ultramarathon in South Africa in 2016….maybe I’ll write about this later), my 3:41 time means that I’m very close to breaking into the 3:30’s….which means in 2015 I may work hard to break that goal (something I wasn’t expecting to attempt….but is SO close!).

I Finished My Book

….okay, “finished” is a strong word, but I finished the first draft (over 60k words) and then the first editing pass (which made it readable for the first time). There’s a long way to go, but I’m thrilled it’s a real object now that I can continue to mold in 2015.

The lesson here is to find a good coach. My coach, Mary Lou Johnstone, flogged me on this point. She reminded me over and over that THIS was the centerpiece project of Stacking Benjamins that needed to be finished YESTERDAY and that I needed to quit procrastinating and finding little projects to get in the way….get it done!

In 2015 I’ll take January and February away from the book to gain some perspective, then I’m back on it in March.

Our Podcast Grew By 4x

December of 2014 saw 422% growth of our podcast downloads from the same period 2013. While I’m excited about the growth of the show, I’m more thrilled with the number of emails I receive from listeners and the fans of our work. I love creating Stacking Benjamins podcasts. I like quirky topics, dumb jokes, clever segments and cool editing. I want Stacking Benjamins to continue to focus on a wide array of topics, guests and unexpected fun. While I’m SO honored we won the Plutus Award this year for Best Personal Finance Podcast, I know there’s a long way to go on the quality level of the show.

During 2014 we were able to buy all of our contributors quality microphones and to up the quality of our guest lineup. In 2015 I hope we can improve the overall sound quality of the show and tighten the format. While I want shows to remain 60 minutes long on Monday and Wednesday, I’d like them snappier.

The Blog Limped Along

One area I’m NOT happy about in 2014 was the success of the the Stacking Benjamins blog. Content was added inconsistently and haphazardly. Over the last two weeks I’ve created a plan to ensure we have great stories on the blog in 2015.

The blog focus changed in 2014 as I tried to figure out exactly what I wanted SB to be as a brand. Now I know: we’ll comment on current events (just like on the podcast) while sharing personal stories of success and failures with our money. We’ll keep topics quirky and light….this blog just isn’t made for 2,500 word topics. Plenty of blogs do that well. I want SB to be a motivational, quick lift every day. “Heavy” is the enemy!

One area I’m proud of is our newsletter, The Stacker. I’m so excited about the fact that we actually published this fairly often in the second half of the year….and pointed to some of the great content I’ve read across the web. In 2015 I’d like to add deals and hacks to the newsletter. If Stacking Benjamins is a community, I see The Stacker subscribers as the “inner circle” and I want to make sure they get the red carpet treatment in the future.

My Kids Are Sophomores In College!

If it’s true that college years are to be survived, we’re doing it. My goal now is to help Nick and Autumn prepare themselves for success in the working world AFTER college. When I was in college I had no sense of the future and nobody to tell me what to expect next (my parents weren’t cruel…they just didn’t know anything about “after college” because they hadn’t attended themselves.

Financially, the college years will end my support for my kids. Sure, I’ll help out in the future, but I’ve already warned them that graduate school will be all theirs. I can show them how financial aid programs work, but a better plan would be to go find a job that helps pay the cost of graduate school OR find internships now to begin socking money away.

Overall? 2014 was a transition year. Some goals went out the window. Initially I wanted to create several videos this year….that never happened. I wanted to have this blog make $3,000 per month by year-end (I instead cut my focus to the blog as the podcast numbers kept rolling along). While I hoped to have the first draft of the book done by April 1 (it wasn’t finished until much later in the year), I didn’t have any goals beyond that for development….a big mistake. All in all, though, I was happy Stacking Benjamins came into it’s own and for the first time I’ve felt a real sense of identity with this brand that’s different than “me” personally. I feel like we’ve given birth to a baby that’s now developing, and it’s exciting to watch grow. I can’t wait for 2015!