You are here: Home / Protect / How Much Does Age Affect What You Pay For Life Insurance? 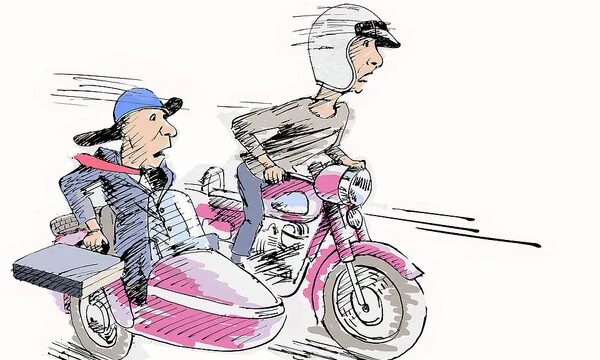 …want the short answer? Your age affects what you pay for insurance a ton. Let’s explain:

While some people struggle with how the heck life insurance companies come up with their rate charts, I couldn’t believe just how easy it was to understand life insurance costs. Once I studied the mechanisms that actually move policy costs, I was surprised to learn that there are three factors driving how much you pay for life insurance, and all are focused squarely on how likely you are to die.

So, what are these factors? Specifically, insurance companies want to know 1) whether you’re healthy or not; 2) your age; and 3) whether you engage in “risky” activities.

Think of Insurance as a Barrel

If you’re like me you understand concepts better with a good analogy. Let’s try this one: Imagine that many people are standing around a barrel, all worried about dying without any money for survivors. Suddenly, one person comes up with an idea: to avoid taking the risk of dying without money—who could come up with tens or hundreds of thousands of dollars at once–they instead decide to throw money into the barrel. Knowing that all of them probably won’t die at the same time, when one person dies their beneficiaries take the money they need out of the barrel.

Think about the concept: they’ve all exchanged a few dollars a month for the certainty that all the money in the barrel will be available when they die. Brilliant!

The barrel in this analogy is a life insurance company. Let’s get slightly more technical about how policies work so you can understand why your age matters in an insurance policy. These companies don’t allow everyone to throw in the same amount of money every month. Why not? Imagine that one person is 70 years old and another is 23. Who is more likely to die? Because odds are on the 70 year old passing away first, the insurance company needs older people to throw WAY more money into the barrel than young people….otherwise, the barrel will empty too quickly.

In fact, insurance companies such as HBF have become pros at knowing just how much people need to pay in to make sure that the barrel stays in business. They’re scientific about the odds people will pass away.

What If Two People Are The Same Age? Do They Pay The Same?

So, imagine two people are the same age. Would they throw in the same amount of money? If they’re buying identical life insurance policies, they would….unless one is a man and the other is a woman. Why does this matter? Men are more likely to die young than women. For that reason, women buy life insurance at a cheaper cost than men.

…unless they’re in worse shape health-wise, says a CNNMoney piece. If the woman has a life history or worse health situation than a man, and generally is considered more likely to die, then she’ll have to “throw more money in the barrel” ….or pay higher insurance rates.

Also, if someone engages in dangerous activities like skydiving, bungie jumping or car racing, they’ll pay much higher rates for insurance.

I like this analogy of a barrel because it illustrates pretty clearly what’s going on with insurances.

Term insurance policy providers often worry less about your age than permanent insurances. Why? Permanent life insurance providers know that they’ll have to provide a benefit to survivors in every case. The reason people buy permanent life insurance is that they want it to last forever (or at least to be there when they pass away). Term providers know that in most cases, the term ends before they have to pay any money. Because of this, they know that they’ll probably be off the hook when it comes to paying any benefits. That’s also the reason why term policies are cheaper than permanent ones….the cheaper insurance is much more profitable!

Insurance companies are worried about a few factors:

I hope you’re able to use that information to make better insurance decisions in the future! Want more? Check out our podcast interview with JD Roth on “Walking the Insurance Tightrope.”