Last night I rushed home from the New Orleans Marathon to watch the final half of the Academy Awards. I’m glad I did. While I’d suspected The Revenant would win, Spotlight instead surprised us all by grabbing the big prize. While not my pick—you’ll see mine below—I love it.

In 2015, I saw 39 movies, which is a BIG cut from 2014’s monster 63. Why the drop? First, the podcast doesn’t emphasize films as much as it has in the past, but the second reason is probably bigger. I watched a TON of television series episodes last year…FAR more than in past years. Maybe someday I’ll start a list on that topic as well.

While I watched fewer films in 2015 than I had in previous years I DID still see every one of the finalists for best picture and most of those which were widely distributed and highly regarded.

Here’s my list (including hot links to the Amazon page to watch them AND support Stacking Benjamins all in one place!):

The top of this list is MUCH better than the top of my list last year. I can highly recommend these picks: 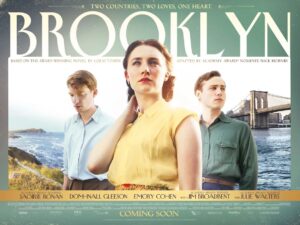 I Had Big Problems with these 3 Films

Want to compare with previous years?