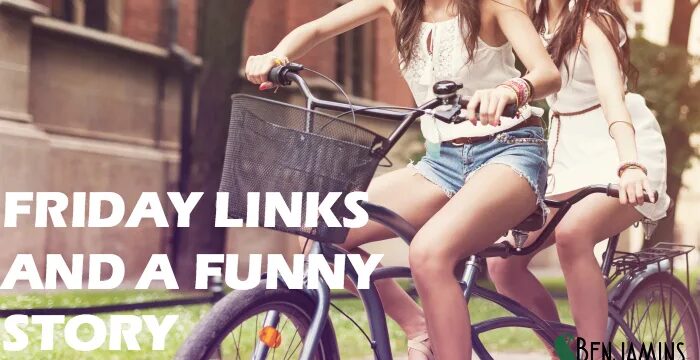 Another week has come and gone, and what a doozy this was!

Did you hear the joke about how Joe’s internet never goes out so he doesn’t even think he needs a backup plan, but then he lost his connection one hour before the first Stacking 101 Benjamins class?

Actually, no. It isn’t. It was a high-stress morning until his connection came back, but that’s okay because O.G. is the calm, cool, and collected professional we know him to be on the podcast, and because of him, the entire rest of the class went by smoothly.

If you missed enrollment, don’t worry, we’ll schedule another one (we’ll try to match the next one with internet outages in Texarkana too, but no promises!) later this year.

Anyway, enough about us. Let’s talk about awesome posts from awesome people, shall we?

Favs From Around the Internet Neighborhood