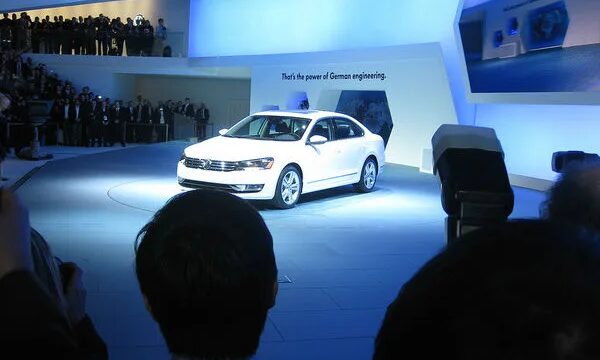 The holiday season is over and car-buying season is upon us.

If you’ve been either reading about the hot new Ford GT or oogling Acura’s NSX with three engines–which sells for the bargain-basement price of $150,000–in person at the North American International Auto Show in Detroit, you should think carefully before buying.

Here are the reasons to avoid a new car this year:

1) The old “that car’s nickel and diming me” argument is usually an excuse. You know the game. You want a new car and suddenly the old faults that you’ve been living with in your old car are absolutely horrible and need to be replaced right now. Before settling on a new car, do the math. In the vast majority of cases, those “nickles and dimes” are far less than a couple months’ car payments.

2) You have debt and can’t afford it. Big ticket purchases are fine if you have the big cash to afford them. If you have old debt waiting to be retired, why rack up new debt or take on new payments? A car payment, according to Dave Ramsey.com, sets back an average American $475 a month. Put toward a 19% credit card debt, you’d avoid tons of interest by using that same money toward debt. You think your car repair is more expensive than a new ride?

Over the short run, it might be. However, let’s take two months’ worth of car payments and put it toward your old beater. Now you’ve still avoided 19% interest payments and retired most of your debt.

3) If you finance, the dealer wins….twice. Dealers l.o.v.e. financing, because they get to sell you the vehicle AND collect a commission on financing (which is a lucrative business on its own). In fact, financing deals are so good that dealers will sometimes offer you a car near their cost if you’ll let them finance it.

Looking to score a deal on your first car? Check out our podcast interview with Phil Reed from Edmunds.

Interested in learning more about paying cash for cars? Our interview with James Kinson from Cash Car Convert is a great place to start.

4) Cars depreciate as soon as they roll off the lot. According to CarsDirect.com, depreciation rates are as high as 15% per year on a vehicle, but slow down after five years.  Your best deal, therefore, is on a vehicle that’s at least four years old.

To protect yourself, order a CarFax car report or similar. You don’t want to buy someone else’s lemon.

5) You have bigger goals for the future than just impressing the Joneses with your new car. Let’s be honest. We all love the way we look in a new ride. But how long does that last? If you avoid new cars you could put that money toward an early permanent retirement, a bigger house (that appreciates over time) or more vacations that people will oogle. If you want to be truly impressive, make it permanent, not transitory with an auto that one day you’ll need to replace.

I love the North American Auto Show, but in a different way than most. While car fans are chatting up the new hotness, I’m thinking about all of the great used cars that are enterting the market because some sucker doesn’t know how to control their new car urges. Cha-ching indeed!