You are here: Home / Podcast / 5 of the Worst Business Catchphrases of All Time 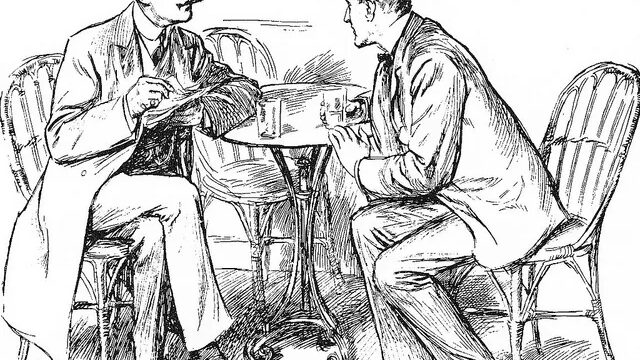 My handyman was here today repairing my deck. I know what you’re thinking: no, I cannot repair my deck myself. If it were simply boards, I would have totally MacGyver’ed it, but this was a portion where a tree grows through a hole (that created more questions than answers, didn’t it?).

At one err….point….in our conversation he said, “…and as I always say….”

What a horrible phrase. If you’re telling me that you “always” tell people something, I’m going to listen less because it’s a rote statement, not something confined to our conversation. Had he not used that phrase, the rest of the sentence that followed would have carried more weight.

In her excellent book, Lions Don’t Need to Roar: Using the Leadership Power of Professional Presence to Stand Out, Fit in and Move Ahead, author DA Benton states that CEOs carry themselves differently than underlings. It’s true. One underling pointed out to me that whether I was in charge of a meeting or not, I assumed a power position at every table. I tried to sit either in the exact middle or on one end. I nearly always sat back away from the table. You knew I was in charge, or at least would have a voice in the proceedings. (The person who said it was annoyed that I had a way of taking over meetings, even when I didn’t mean for that to happen.)

Similar to positioning and modeling, the use of phrases can also make or ruin your effectiveness.

Here are five of the worst.

1)      “If I’m being honest.” – Wow. Really? Before this I was pretty sure you were going to lie to me. Even if you mean it to soften the blow of what’s going to follow this phrase, I’d rather just hear it. Don’t let your audience think for a moment that anything you say is a lie.

2)      “As I said earlier,” is similar to “as I always say.” If you have something to say that’s so awesome you should say it twice, just say it. When you remind me that you’re repeating yourself, I begin to feel sleepy.

4)      “I was gonna say….” I had a client that said this after every brilliant thought I ever uttered. After about the twelfth time I made a statement and he replied, “I was gonna say….” I realized he was never “gonna say” exactly what I was saying, which was disappointing  because part of me was hoping he was really a mind reader. I could have been his agent and sold his rights to the circus and made a killing. Disappointment ensued.

5)      “Know what I mean?” This is number five because I’m actually at peace with this phrase until about the third time you say it during a simple story. If you’re looking to build consensus, this phrase can build empathy. After several iterations, however, I’m just hoping that “what you mean” is that your tale is nearly finished.

These ticks seem harmless at first, and you may think I’m being overly critical. Maybe I am, but in communication the small things matter: the colors you wear, the way you nod, your hand motions. If I’m listening to you and all I can remember is that you said, “If I’m being honest….” I’m forgetting the important points you were trying to make. Relieving yourself of these catchphrases can help your communication, and therefore your career.

Know what I mean? If I’m being honest, I’d like you to share some of your pet peeves in the comments.