You are here: Home / Podcast / 401K Plans Broken? Another Point of View 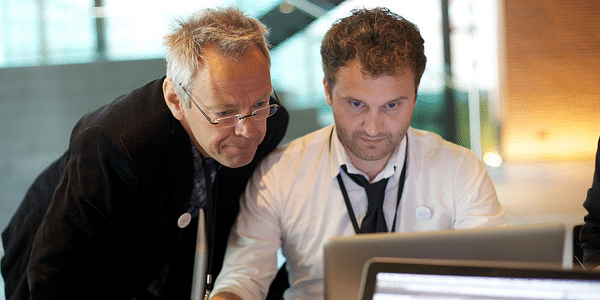 Last week I shared a Twitter conversation about using 401k plans. In that article I shared my feeling that, while the 401k is misused, I believe 401k’s aren’t broken.

Matt Theriault’s questioning of the 401k plan last week bothered me enough that I decided to go to a few “expert”  friends and get their opinion. The bad news about all of these guys: they work with traditional investment strategies. Therefore, different from Matt, who works with real estate only, they’re more well rounded. However, because they’ve worked with stocks as a portion of the 401k for their career, they may have a bias toward it, rather than toward real estate.

However, I’d rather ask someone who works with all investment types than only one (real estate), if a single tax code is broken.

So I asked the question and got three very interesting answers:

The problem with 401k is not the 401k itself. The problem is with our own savings and investing behavior.

What do most participants contribute? Either 3% or 6%, and they think that that’s enough.

They’ll either have 6% or 9% of their paychecks set aside for retirement.

A study by Dr. Wade Pfau, CFA, showed that the minimum amount that the average person needs to save for 30 years to have enough money for 30 years of retirement, called SAFEMIN, is 16.6% (http://www.hullfinancialplanning.com/is-safemin-safe-enough/).

Some will cry for the return of the pension system. Funding a pension is expensive. Where will that money come from? Salaries. We think that we’ve seen problems with inflation-adjusted salaries for the past 30 years? Imagine what would happen if there was a government-mandated pension system. Salaries would decrease dramatically. Furthermore, the average employee stays in a job 4.4 years (http://www.forbes.com/sites/jeannemeister/2012/08/14/job-hopping-is-the-new-normal-for-millennials-three-ways-to-prevent-a-human-resource-nightmare/), nowhere near long enough to qualify for a pension. We’d be handcuffing people to an employer for 30 years. If you want to work 20 years and get a guaranteed retirement check, join the military.

The biggest problem that we have is participant and employee education. Most 401k education programs consist of a couple of retirement calculators (which nobody uses) and a brief overview of asset allocation or other once-over-the-world 45 minute sessions that don’t really educate employees on *why* they need to take appropriate financial steps. Instead, the average employee contributes up to the match, lets the money sit in cash (unless they’re lucky enough to participate in a 401k plan that has automatic investment choices), and then thinks that he or she has done enough.

People say that the 401k program is broken; yet, nobody says that the IRA is broken.

They’re effectively the same thing: tax advantaged retirement programs. I’d rather have a 401k than an IRA because:

1) You can contribute more

2) Your employer can contribute for you

3) You can withdraw penalty-free earlier than an IRA

What we need, instead of to eliminate the 401k plan, is a better method of in-processing and participation that allows an employee to make wise decisions from the start.

Imagine, instead of being handed a form and told to make a 401k contribution decision as part of a 45 minute enrollment session, as an employee, when you’re first hired, you go through a web-based questionnaire that asks about your family, salary, spending, insurance, and investments. Based on that information, the program told you what insurance you needed, how much to save for your kids’ education, and, most importantly, how much you needed to contribute to your 401k plan in the qualified default investment alternative (QDIA).

You’d be making an educated decision from the beginning rather than being trapped by the anchoring bias and contributing enough to get the match. You could rest assured that you were taking the right steps to give you a great chance of having enough money to live the retirement lifestyle that you envision.

That technology is coming, and it’s coming very soon. Employee education that informs people on how to take advantage of their 401k program is a much better solution to the problem than getting rid of it altogether.