You are here: Home / Protect / Dying To Move? Don’t Die In These States 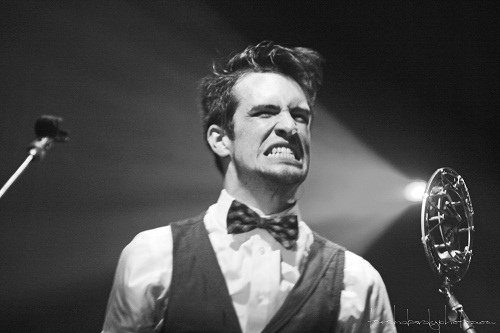 Looking for warmer weather? Maybe visiting a cooler summer climate? Either way, there’s one stat most don’t examine: how much you’ll lose when you die in a state.

According to a recent MarketWatch article, if you die in the wrong state, it could change how much your heirs receive. If THEY live in the wrong state when you die, they’ll pay a tax for receiving funds. Either way, whether it’s your fault or theirs, your heirs could be out a bundle of money. The Worst States to Die In

There are 14 states which have an estate tax (as well as The District of Columbia). This tax is levied and subtracted off the top before officials compute the Federal Estate Tax. The highest estate tax is in Washington, with a 19% tax rate. The lowest is Connecticut and Maine, which both charge a 12% rate.

New Jersey has the smallest exemption. That’s the amount of money subject to estate tax before you have to begin paying. You’ll owe starting with the first dollar over $675,000. What’s an exemption? Read on!

Exemptions: You May Be Closer Than You Think

You aren’t subject to an estate tax until you cross over an asset threshold, which is as low as $675,000 (New Jersey) and depends on the state in which you live. While your level of assets may seem like much less than the $2,000,000 threshold of some of these states, remember that your assets include EVERYTHING in your estate.

Do you have life insurance? Count the death benefit (unless it’s in an irrevocable trust).
Insurance through work? Count that death benefit, too.
Your home value? That counts.

While New Jersey has a small exemption ($675,000), some states only beginning taxing at large numbers. The highest exemptions are in Delaware and Hawaii, which don’t begin taxing until you’re over $5.25M.

….and Then There’s The Inheritance Tax

Want a kick in the pants? Let’s say that Mom lived in Connecticut and you live in Kentucky. That’s a double-whammy. You’re subject to an estate tax AND your beneficiary is subject to an inheritance tax. You can’t win even though you chose to live WAY far away from your rich but overprotective mother.

If you receive an inheritance and live in seven states (including Kentucky), you’ll pay a tax on the amount you receive.

These State Have Exemptions Also

…although they can be incredibly low. Iowa’s exemption is $15. That means if mom died with only $14.75, you’re free and clear. Tennessee’s exemption, however, is higher, with the first $1.25M exempt from inheritance taxes.

What Do You Need To Know?

Estate planning can make it harder for the government to control your taxes. If you’re above the exempt amounts, talk to an estate attorney about how to avoid estate taxes. There are some legal methods to lower the pain you might experience transferring assets.
Even if YOU don’t have lots of money, if you live in a state which charges an inheritance tax, you still could owe a bunch of money by accepting funds. Keep open lines of communication with people who might make you an heir about whether you should be worried or not. You don’t have to ask them how much money they have….just explain the rules and find out what they say.
This is outside of the scope of this particular issue, but estate plans are important for other reasons as well. If you’ve been married more than once, have children, or special needs heirs, you’ll want to get professional help to prepare your estate plan.

Looking for all of the numbers?