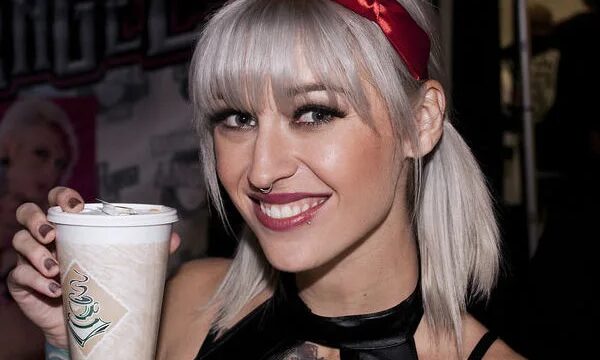 I’ve never really been a big fan of CNBC, probably because they are a network focused more on ratings rather than sharing and educating viewers on important financial topics, and after a recent Business Insider article shared their latest reporting, I’m even less of a fan.

Apparently, CNBC sent a crew to report from the Adult Video News Awards, and for those of you who don’t know, this is an annual conference for individuals in the adult film industry. Now, I know what you are probably thinking, you’re thinking that I hate CNBC because they chose to cover an event and an industry that objectifies and demoralizes women.

If you are thinking this, you would be wrong.

I am actually a fan of the adult film industry and have been known to watch a few on occasion, and as long as the women choose to participate in the industry, then I support their choice. While the career choice is not for every woman, I do see the power it affords these actresses. After all, they convince men and women to spend billions of dollars a year just to see them without their clothes on. Who is the person getting demoralized in this situation, the person earning the money or the person spending the money?

According to this article, it seems CNBC rationalized their presence at the Adult Video News Awards by asking adult film stars about their investing advice. The Business Insider reporter apparently was not impressed with the suggestions of Apple, Starbucks and Chipotle due to the fact that the women didn’t understand valuations; however, I was actually impressed with their replies.

For most of the women, they stated their investment preferences based on their own individual preferences, and this is a great way to dip your toes into investing in individual stocks. Yes, you should probably have some clue about valuations and business performance of a company before you invest in it; however, if you and your friends spend money on the company’s products on a regular basis, it’s a good indicator that the company is a good one with positive long-term prospects.

As far as CNBC’s reporting, I wish they would stick to stocks and bonds and the world events that influence them and leave the adult film industry to do what they do best, entertain.

Do you think CNBC should be reporting on the adult film industry?