You are here: Home / Earn / Want To Help Yourself? Help Your Community 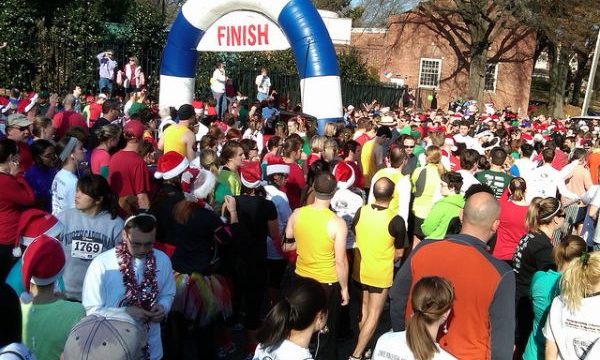 I always did something I was a little not ready to do. I think that’s how you grow. When there’s that moment of ‘Wow, I’m not really sure I can do this,’ and you push through those moments, that’s when you have a breakthrough. – Marissa Mayer

Two things I’m not ready to do:

As for the first of these, I still have too many uncomfortable memories of half-groomed 70’s mustaches and bad bed-head college hair.  The scruffy facial sandpaper look from the 1990’s always chaffed against my ‘80’s preppy upbringing. I’m a descendent of Alex P. Keaton. (If you know that reference, so are you….)

The 2nd, making videos, is something that’s coming, though I’m still not a fan. I have a great face for radio. More on videos another day.

This month is Movember, when this mustache-growing men’s movement reminds righteous dudes to take their health seriously. It’s a real concern. Men die younger not because of that fact that they’re hereditarily predisposed to kick the bucket sooner. Nope. We just don’t take care of ourselves. It’s a macho thing. I’ll be okay. Maybe I’ll run right after I finish this six pack. While I won’t be growing one, we need more Movembers. I know too many unhealthy men. According to the Center for Disease Control, 12.5 percent of men are in only “fair” or “poor” health. A more telling statistic? More than one third of all men are obese.

Too many guys put themselves behind everything else in their lives.

There’s another reason we need Movember, though. I think it’s empowering to saddle up to a cause beyond your own self.

I’ve never been a joiner. It’s hard. You probably aren’t either.

But do yourself a big, honkin’ favor:

Jump headlong into a movement. Live. Examine yourself in a different way. More than anything, forget about your little first world problems and tackle a bigger, more difficult task like cancer, arthritis, or mental health issues.

What Movember are you jumping into this month?

I’ve begun my yearly re-read of A Christmas Carol, where some dude named Ebenezer Scrooge comes to realize that helping others means as much to him as it does to others. Get off Scrooge island and join a community.

You’ll be surprised to find that your new project will dispel a myth that I’ve seen too often in business. People think: If I spend time giving, that means less for me.

“Charity begins at home” is a great excuse for doing absolutely nothing for your community.

I learned early in my career that giving could also help you in very selfish ways. One client worked with the Arthritis Foundation. I didn’t have any deep feelings toward any charity, so I thought that, to secure some big donors, I would try to get involved a little bit.

What an amazing experience.

Before I knew it, I was fighting knees deep in an incredibly worthwhile campaign. Arthritis is a huge problem for many people. I don’t expect the government to step in and help….so I tried to help raise money to find better solutions.

At the same time I met many wealthy individuals. Some became clients. However, I was no longer focused on my business. I was wholly invested in this community. It actually turned out that as I spent more time “away from the business” I was also taking care of business but bringing along a lot of good people with very real problems. My business blossomed as did my satisfaction with myself and my role in helping lend a hand.

Are you involved in a Movember movement of your own?

Let’s talk about your passion projects below. Give us your sales pitch! Maybe someone who doesn’t yet have a cause (as I didn’t) will latch onto your own personal mission.

How About A Contest!

To celebrate Movember, I’m teaming up with a few other bloggers and offering you a chance to win a $50 shave certificate to the Dollar Shave Club, an awesome service to use when you’re celebrating a successful Movember.