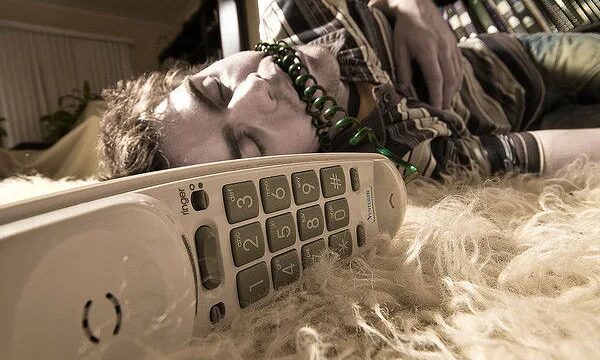 At a time when companies like Republic Wireless are making inroads with no cancellation, month to month anti-plans, Verizon shows the world that being really big also might mean being even more out of touch than we already imagined.

Contracts are easy to understand with phone companies. An easy way to appeal to customers is to offer a heavily subsidized phone. In exchange, you promise not to leave their service for a period of time. I get it. However, at some point, these contracts become handcuffs and the appropriate words to customers become “buyer beware.”

Are we at that point? Maybe. According to an article at AndroidAuthority, Verizon has changed their early termination penalty. In the past, fees to break your contract ratcheted down each month toward zero, allowing Verizon to recoup fees and letting the customer out early if circumstances changed.

Verizon has amended their plans so the full penalty is applied for….ready for it?….the first seven months of the contract. In other words, if you try and switch from Verizon within the first seven months you’re completely hammered with fees, and after that you’re only slightly less hammered.

On one hand, I can’t blame Verizon. With companies coming out of the woodwork that offer little or no fee and ultimate flexibility, they have a huge customer base they’re trying to hold on to. If consumers become motivated enough to switch, they know there aren’t many reasons to switch back to Verizon. Better to make sure current customers stay around than to try and compete on a level playing field with some pretty nimble competition.

On the other, Verizon makes it easier for me to believe, with each policy change, that they really aren’t interested in their customers. They brought the lawsuit against the government against internet neutrality, showing us their future intentions. Verizon clearly seems interested in squashing competition through the courts and in making sure that customers who try to escape learn the hard way how much they can make your life a living hell. With that approach, they’d better play hard ball, because customers who pay the huge fees to get away aren’t going to come back any time soon.

Why is it that when you read about the most successful retail companies, their customer service policies are to be as flexible as possible, while companies who stink try as hard as they can to put the screws to their patrons?

Department store Nordstrom, for example, is known as a company that will take returns without asking questions. Hell, they even returned a set of tires once (Nordstrom doesn’t and never has sold tires). As the story goes, when a woman rolled the tires in to the store, the only question the associate asked was, “What did you pay for them?”

In the city I called home for over twenty years, Detroit, the big auto manufacturers squashed public transportation programs. They were automobile manufacturers. Helping build public transportation was a horrible idea, wasn’t it? On the contrary, wouldn’t you expect the best minds in “transportation” to deliver to visitors of their home city the easiest and most comfortable travel experience? By defining themselves too narrowly and focusing on autos instead of transportation, the big American autos helped Detroits image slide south and with it the image of American cars.

Our local Verizon store in Texarkana is an example of the problems with how “small thinking” this company can be. While I have no beef with the people working in our local store, they were never able to help me when I had a problem with service. They always directed me to a toll free number. They could only sell me new equipment. Verizon’s inability to service me face to face is frustrating.

Verizon isn’t alone. Ultimately, that’s why I left Bank of America. I actually could have dealt with the higher fees the bank charged, because I liked the people in my local branch. I was told frequently near the end, though, that they couldn’t help me with problems I was having and that I’d have to talk to someone somewhere else. Forget it. High fees, horrible contracts, no service? Why should I stay?

In the tech world, especially, customer friendly stores go a long way toward winning business. People love the Apple Store, even if their products are now a shadow of what they were five years ago. Wouldn’t it be amazing if Verizon said, “We know we’ll keep you around because of our great service!”

So, if you’re headed to the Verizon store to get your new device that comes saddled with a big, fat contract, just know, with Verizon it’s quickly becoming, “Til death do us part” unless you’re willing to part with a huge wad of cash.