You are here: Home / Podcast / How to Spend a Billion Dollars (and Then Some!): Retirement Advice From Us To Rupert Murdoch Rupert Murdoch is stepping down as CEO of 21st Century Fox. In case you’re living in a box, he’s 84 and worth $13.3 billion.

We realize you can’t live on that, but it’s a nice start.

Mr. Murdoch didn’t achieve this kind of wealth without a lot of hard work, so our goal around the card table at SB headquarters today (AKA: the basement), was to help him decide what to do with his money now that he’s retired.

Let’s say, for the sake of argument, that he’s a member of the Save Half club, which leaves him with only $6.65 billion to spend. We’re fairly certain retirement isn’t an issue, because, uh…..he’s 84. So we’re giving him carte blanche to spend every last dime of that $6.65 billion, leaving his family with only the other half.

No thank you required, Rupert. We’re only here to help.

How Rupert Murdoch Can Spend $6.3 Billion Dollars When He Steps Down From Fox

Because what retired mogul doesn’t need a private island, Rupert? Especially one like like Rangyai, which bears a striking resemblance to Free Willy…though your sons will likely use it as a setting for the next iteration of Temptation Island.

…but then again, who the hell has all day to fly to Thailand? Check out your tennis court in the middle of this lovely little cottage-island in Florida.

Check out this bad boy. If you’re not already on Central Park in the fall…what are you thinking? We’re there….staring in your windows. Plus, when you’re hanging out with friends who are only millionaires, you can remind them that you’re just like them…because, hey, the listing calls this a “townhouse,” and regular people live in townhouses. AmIrite, Rupe? Can I call you Rupe?

Okay…the carpenters haven’t put the finishing touches on this baby yet, but this is the most expensive house in the world. And you should have it.

We know…ten jets seems ridiculous, but you don’t want to buy an airline — that would be crazy (and a horrible investment). So, ten jets should do you nicely, and will ensure you’re able to continue going back and forth between your islands (and your homes on either side of the country!).

Mondo real estate = tons of walls. Unless you want the place to look like my sister-in-law’s apartment with movie posters, you’ve gotta buy some high end art. According to this article in Time magazine, this painting sold for $106.5 million in 2010, which means, of course, you’re going to have to offer something a little higher, so we’re giving you a budget of $200 million.

All that time and all those networks….you know there’s a plot in your head, and Brad Pitt probably isn’t available. Here’s an outside-the-box idea: let Pixar tell your story. Pixar’s production budgets are high, but they’re a lot of work! So let’s add $100 million to their highest-yet number, then pitch our idea to them. They can’t refuse!

20th Century didn’t send you home with a non-compete, did they? Because mom thought you’d be amazing as a stand-in shark on Shark Tank. Since you don’t watch the programming on other networks (and, hey, why should you?), I’ll break it down for you: people come on the show, do a dog and pony show about their crazy idea for vegan biscuits or no-sweat workout videos, and a group of investors (most of whom have less money than you) decide if they want to invest. Sounds pretty good, huh? We’ll give you a budget of $50 million. Go crazy.

Look, I know it’s almost 1/6th of what you’re thinking about spending. But you’re 84, and hey, you only live once. So buy this boat….which was awesome when I made the replica for the bathtub. Now’s not the time for moderation, Rupe. Live it up! Bubbles all around. 1000 cases should be enough for all your new real estate. 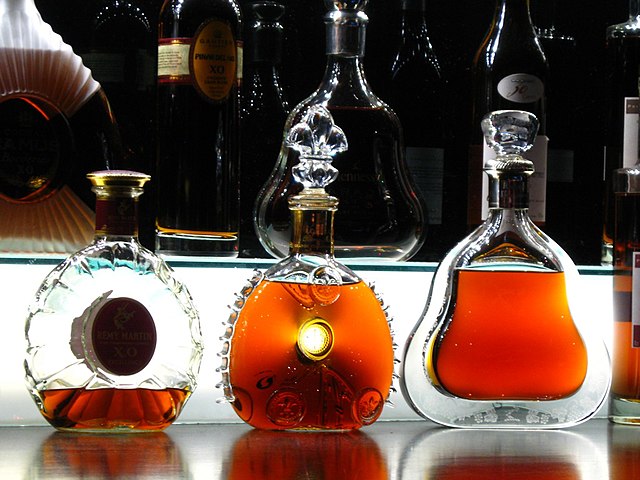 Just when you thought you were spending a lot on Champagne, here comes cognac to knock your socks off. That’s right, you can get a case of the Krug for the price of one bottle (jeroboam, which is rich-person speak for “bigger than regular sized”) of the Louis XII.

Okay, so remember that swimming pool? Fill it with jellybeans. In fact, put these Champagne Jelly Bellys everywhere. Not just Cubs tickets… the f-ing Cubs. You can buy the franchise for yourself, according to this article. Please make them win. Please?

Take a lunar mission with Space Adventures, or if you don’t want to wait for that, go on an orbital spaceflight four times. Not many people can say they’ve seen earth from above. But then again, not many people are Rupert Murdoch. Spend your golden years really making a difference. Pay for 10,000 schools. Just think of how many people you can educate with Pencils of Promise!

16. Distribute the Rest to the Ten Poorest Countries in the World ($1.713 Billion)

The ten poorest countries in the world are all in Africa, where corruption runs rampant (but let’s be real, where there’s money, there’s corruption). You could give money directly to these ten governments or you could set up an organization (whoops! that’s work — pay someone else to do it!) where you’re making sure those who need aid most get it first.

Or, you could go all Scrooge McDuck and fill a pool with money and go swimming. Except we filled your pool with jellybeans, remember?

Did I miss anything? How do you think Rupert Murdoch should spend 6.3 billion dollars?