You are here: Home / Save / What To Do When Your Mutual Fund Manager Leaves 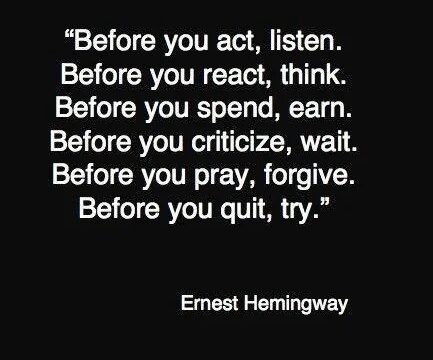 This week Mohamed El-Erian, the face (arguably, behind Bill Gross) of PIMCO funds, announced he was resigning and left. According to NAPA Net, it’s been a difficult period for PIMCO. The Total Return Fund alone saw net redemptions of $40 billion.

You, too, consider leaving.

Why Do You Buy a Mutual Fund?

If you own a mutual fund (outside of an index fund), the management team is who you’re really buying. If you own PIMCO Total Return, you don’t own the name of the fund or the underlying shares. You’re buying the strategy that the manager employs to purchase and sell these shares.

These decisions are crucial if a fund is going to attempt to beat their benchmark (a feat that the PIMCO Total Return has done four of the last five years). Nearly as crucial are the number of trades managers make to achieve this result. If they have to trade often and you hold the fund in a non-qualified account, you’ll find that your tax bill might stink at the end of the year.

So, when the manager leaves, it’s like the chef at a restaurant taking off. Sure, you might have much of the staff in place, but a new chef equals some variations on the theme.

Historically, some big name funds have struggled once the manager left. The Fidelity Magellan fund was once a rocket ship to the moon under the guidance of super-investor Peter Lynch. Subsequent managers, while performing admirably, haven’t had the same track record

How To Know Whether You Should Leave With Your Manager

First, evaluate the team. If one manager left, but the fund is team managed, I might stick around. A team approach allows the fund to continue to operate normally, even if one of the managers leaves. Generally speaking, a team managed fund will also have more of a system in place than trading on the whim of a hot manager.

Second, watch what others do. If you find that droves of people are leaving the fund, it might not matter who the new manager is….there are going to be some ugly consequences. When redeptions of a fund become too high, the fund manager is forced to pick positions to sell to meet redemptions that aren’t ready to be sold. You can find that funds lurch under the weight of a mass exit.

Third, examine your own goals. If it’s time to take less risk or change your asset allocation, this might be a wonderful opportunity to exit stage right. I can’t tell you how many times I was able to do the right thing for my client’s portfolio AND steer clear of some drama at a mutual fund company at the same time.

Ultimately, you’d need a crystal ball into the future to see if a fund manager’s exit is a boon or disaster for the fund. But if you focus on the bread crumbs of the management team, other investors, and your own goals, you’ll usually make a good decision that you won’t have to second-guess down