You are here: Home / Podcast / It’s Okay To Be Neurotic About Your Portfolio (No It’s Not!…Yes It Is!) 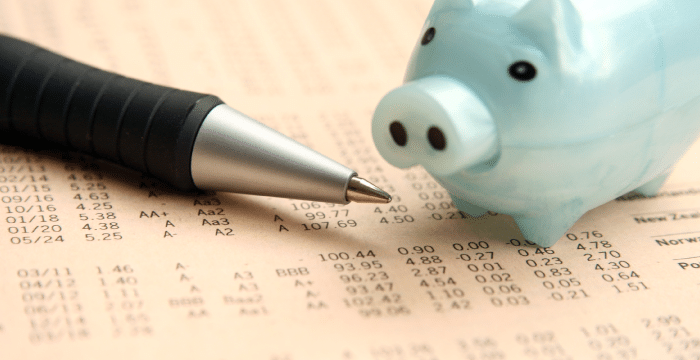 My team kept a list of “nervous f$%#ing nellies” (my assistant had knack for building mashups of grandma terms and biker language….my second favorite: “I brought in some b$@!hit chocolate chip cookies today.”) The “Nellies” were my first calls every time the market plunged. Like a first responder at the scene of an accident, I had to be ready for anything. Was my client hiding in the closet? Were they taking it out on the family?

It was awful for some. A few wouldn’t sleep at night. Others cried. I felt that my job was to make sure these people would be okay during the day to themselves, but also wouldn’t drive their spouses and children batty by always asking, “What if all of my money goes away?”

For some my answer was, “I know this is the right thing to do on paper, but the worry isn’t worth it.” When we reached that point, you couldn’t believe the look of relief on their face. The pain was over, no matter the financial cost.

Surely, you’re thinking, these were uneducated people who didn’t know that diversification would win the day, and that time is their friend in the financial markets. Nope. Maybe surprisingly, these were mainly wicked-smart investors who knew better. They were just big-time worriers.

In my heart, I knew that this cloud of worry would destroy my client’s chances of reaching the safety of the goal. Like a ship captain, I felt like my job was to reach “land” by guiding these people through the storms that come with long-term investments like real estate and stocks. But, in many cases the joke was on me. Over time, it became apparent that for some people, worry worked. They taught me that when you worry, you’re paying attention. When you pay attention, if you avoid the twitchy trigger finger panic moves, the chances are you’ll come out ahead of the dude who picks a crappy mutual fund and lets it ride.

With these people, my job wasn’t to tell them to quit worrying (I always loathed advisors who talked to their clients this way….and there were plenty of them). My job was to quote statistics. For me, math was calming. I know that we’re in a tight spot, but the market has come back 100% of the time. There is a zero percent chance in an exchange-traded fund that you’ll lose all of your money. In this weather, small companies, large companies, good companies, bad companies….they’re all down. This isn’t a time to panic. Where will be run? Just like an ambulance team has a set plan when they reach the scene, so did I.  Reiterate the plan. There was truth in the math. By showing them the math, it was a more effective way of reaching their inner fear than just by placating them with “You’re gonna be okay.”

The harder I work, the luckier I get – Vince Lombardi

What are you afraid of? How are you attacking your fear?

A larger fear: you don’t want to die with greatness left on the table, do you? If you fear, you’re more likely to dig a trench through the bad times to reach the good. You’re more likely to follow your course when the storms come. I saw some of the biggest courage from late-starting clients. They knew they needed an aggressive plan, and they were determined to follow it through.

One of my amazingly brave clients was a CEO of an auto supplier. He’d declared bankruptcy three times during his life. He’d learned the hard way to avoid credit cards and debt. After (in his words) “letting himself” owe tons of money to other people, now he was ready to pay himself first. Good call. Now, at 55, he had ten years to save for a “normal” retirement. He was trying to save $100k per year and not get slammed by taxes. We had to use some unconventional savings methods to find growth AND protect his capital while he saved. Talk about fear? We were barreling into the unknown every day with a larger and larger portfolio, hoping to make enough money that he could retire before they booted him out. The life of a CEO isn’t very long….

Another brave client: They’d worked their entire lives as teachers and finally had enough to retire….just as the market plummeted in 2000. While we had stop losses in place, after a period of time (usually a few months), we finally replaced some of the money back in the market…and because the losses continued from 2000 to 2002, we continued to lose money in the stock portion of the portfolio. Because they were more afraid of not having enough money to last their entire retirement, they stuck with the plan. By 2004, we’d made up all the losses and now only had to deal with the sad fact that we’d lost four years of growth opportunity.

Are you fighting the very real fear of not meeting your goals or only the fear of short term losses?

My business partner told a story on our 2 Guys and Your Money podcast about a man who took an annuity salesman’s word for it. “My annuity will get the returns of the stock market with no risk,” the man said. “No,” said my partner, “It’ll give you all the stock market returns up to 2.5% That’s the cap.”

“No,” said the client. “The annuity guy wouldn’t have sold it to me if that were the case.”
”He lied to you,” my partner said.

Don’t fall for the “Nice guy” selling investments. Stay afraid for the sake of your goal. Whether you work with a salesman, a broker (really a salesman, but possibly a good one), an advisor with fiduciary responsibility, or you do it yourself, staying afraid helps you pay attention to the fine print. In finance, there is a ton of fine print.

Use Fear to Your Advantage

Fear isn’t crushing if you use it to your benefit. Fear can help you avoid silly moves and focus on the big picture. If you can’t control the fear with your investments, ask yourself if you need more education or just need to exit these particular investments. Although a wild ride investment might help you reach your goals, if you can’t sleep at night, the gains might not be worth the risk.