You are here: Home / Podcast / Awaken The Investor Within – Should You Take Investment Advice From Tony Robbins? 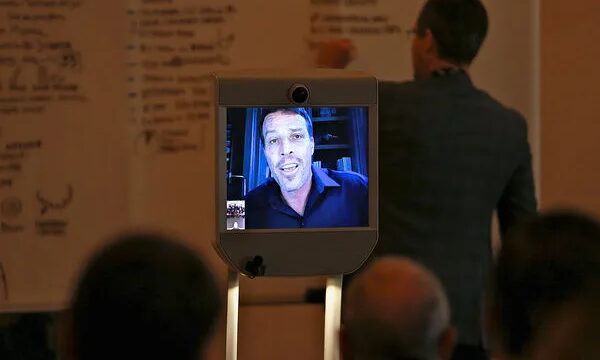 Recently, I saw a conversation on my Facebook feed talking about an investment book from motivational speaker, Tony Robbins, and I honestly thought it was a joke, until this story from Business Insider proved my worst fear.

It turns out I’m the last person on earth who knew Tony’d published this book.

I respect Tony Robbins as a motivational speaker and life coach; however, I‘m not sure how much I respect him as a voice in personal finance, and from the looks of what’s in this book, I may be right.

The State Of Zero Income Tax vs. Reality

I actually lived in a state without state income taxes for about 5 years, and what I realized over that period of time was that I was never 6% richer because of it. What people neglect is the fact that just because a state doesn’t charge you income tax doesn’t mean it doesn’t find ways to tax you on other items.

I paid more for gas, groceries, alcohol and other items living in a state with no state income tax. Before you take Mr. Robbins’ advice and pack up for Alaska or Wyoming, make sure that you are making an apples to apples comparison of cost of living.

We All Dream of Something For….Very Little

Mr. Robbins also touts the idea of asymmetric risk-reward or big upside potential with little downside risk. This is the holy grail of investing and I have to tell you that it doesn’t come without a price. Apparently he is talking about annuities, and as someone who has researched and sold annuities, I think this is an investment vehicle that you really can’t discuss flippantly and without significant training in it.

Annuities are an insurance product and depending on the type of annuity, you have the opportunity to receive principal protection on your investment while getting investment returns on your money. The detail that many people selling annuities neglect to warn you about is that you pay quite a bit of fees to the insurance company for this type of asymmetric risk-reward. Fees that Mr. Robbins warns about earlier in his book. So apparently he wants you to move to Alaska to save 5 or 6% in taxes, but then take that savings and pay it to an insurance company.

The Golden Rule: Consider The Source

To his credit, Mr. Robbins does disclose that he’s invested in a company that makes money from distributing annuities, which thankfully explains his love of annuities, but it doesn’t change the fact that I question his authority on giving investment advice to begin with.

Would you take investment advice from Tony Robbins? Do you like annuities as an investment?