You are here: Home / Save / Why Funds Turn Dangerous When Investors Pull Money 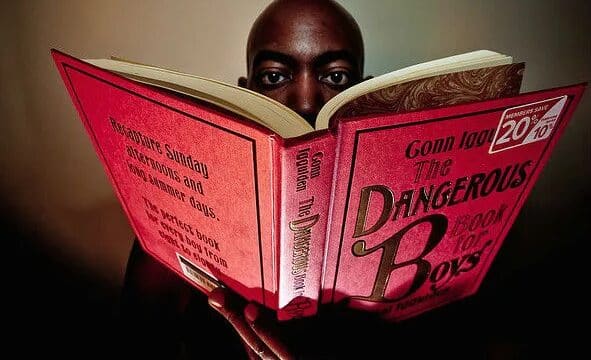 Ready for an October horror story? It might be in your investment accounts…. You never thought of your mutual fund as dangerous, did you? In the wake of some big news to money geeks—a guy named Bill Gross leaving as manager of one of the biggest mutual funds in America—some people are wondering, what does that have to do with me?

In fact, we talked about it so much on Wednesday’s podcast that a listener wrote in and said, “I don’t even get why this is such a big deal.”

Let’s start with a mutual fund and what it is. Then we’ll move into how your fund can start swerving like a drunk behind the wheel when investors go “bye-bye.”

When people love profits very much they decide to invest their cash. To spread the risk, imagine a barrel and lots of people are putting money into it (sounds good, huh? …especially if it’s your barrel!). A manager decides how to invest all that money in the barrel so that everyone with cash gets a return. If they do a good job, there’s lots and lots more money returned to the barrel, and everyone is allowed to take out their share.

In essence, that’s a mutual fund.

The problem starts when you have a fund manager who’s known as a really hot commodity. Bill Gross is the Robert DiNero of mutual funds…even if you don’t like the guy, you know he’s the real deal. Because he’s so skilled at his job, he’s been able to attract lots and lots of money to his fund (called the Total Return Fund) at his company (called PIMCO).

Just like the paparazzi comes after Hollywood stars, money flows into the barrels of hot managers.

But what happens when the actor pulls a Charlie Sheen. If you don’t know who Charlie is, he’s a guy who had a big blowup a couple years ago and not only lost respect but ended up leaving his hit television show.

In this case, Bill Gross left the Total Return Fund and PIMCO for another company.

Suddenly, all of those people who were just there because they had the hot manager, guess what they did? They decided to pull their money out of the barrel.

That’s when the fun starts.

The problem is that the money ISN’T in the barrel anymore….it’s invested. To make sure there’s money to hand back to investors who suddenly want out, the fund has to sell investments. It doesn’t matter if it’s a good time to sell or not; they have to sell right away so people can get their money.

Rather than selling at an absolutely horrible time, funds that expect people to ask for their cash now (called “redemptions”) sometimes return money to the barrel early. If the market rises, this money is sitting on the sideline. Hopefully you can see where this is going.

The best case scenario? People lose very little but because so much money is sitting on the sideline they don’t make much money.

The worst case scenario? The managers have to sell investments that they didn’t want to sell, creating big losses. That’s when the fund becomes a drunk going down the road.

What Does This Have To Do With You?

It’s worthwhile to look at your investment statements and see if you have the PIMCO Total Return Fund anywhere. If you do, you have decisions to make. As OG mentioned on our show, you can sit quietly, but if everyone else is jumping ship, standing on the deck of the Titanic doesn’t help you. Should you move your money to Janus (and back to Bill Gross?). Probably not. Playing the hot manager game got you into this mess. I’d recommend looking for new (more boring) pastures.