You are here: Home / Podcast / Even Disney Bails Out Deadbeats (But You Should Dump Financial Fantasyland) 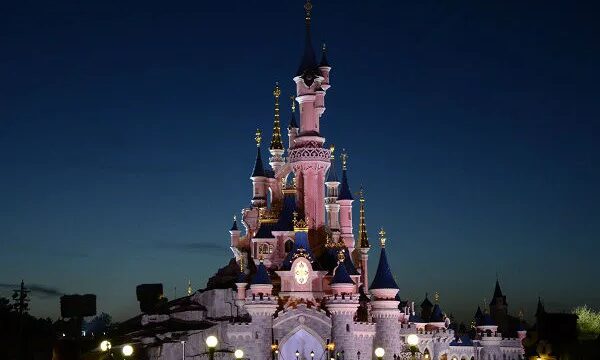 Recently CNN Money  highlighted the fact that Disney was going to (again) bail out its Euro Disney theme park in Paris. I don’t actively follow Disney, yet it seems like they’re constantly bailing out this park ever since it opened in 1992. It’s like Disneyland Paris is the deadbeat relative who lives in the basement and can’t hold down a job. The article highlighted the fact that the park, while being a very popular attraction in Europe; suffers from people in Europe struggling with money since the European economic crisis. Remember that crisis? Greece, Portugal and Spain nearly went bankrupt? I know, that all feels like about thirty crisis’ ago, doesn’t it? I read stories like this and feel a little bit better about my clients and myself. If Disney, with buildings full of accountants and financial experts running the numbers can’t let go of Euro Disney and accept the sunk costs, then our own irrational emotional attachments seem validated.

I remember sitting in my college managerial accounting class and the professor discussed the term “sunk costs” as part of decisions that companies need to make. In typical accounting professor form, he was very matter of fact about the discussion of sunk costs and said that if something wasn’t going well for a company, they couldn’t look at the sunk costs and should make decisions based on the present information at hand.

I took notes, nodding my head in agreement and moved on with my life. Fast forward 10+ years, and I think about this term all the time and curse my professor for being so blasé about sunk costs. Now that I deal with emotional, living-and-breathing investors every day, you know what I think?

Only a robot or (maybe) an accounting professor could make a decision with no emotional regard toward sunk costs.

As a financial planner, I see clients struggle with sunk costs constantly. They buy a stock because they have a “gut feeling” about the long term returns they’re certain will pile up. Then, when the investment takes a nosedive, they keep holding onto it because they’re emotionally attached. They’ve sunk a lot of their heart into this (bad) decision.

At some point, an investment passes the point of no return, and you have to realize that it’s time to say goodbye because you’ll never make back what you put into it. This, by the way, is about the point where I’ve seen people so emotionally engaged with their pet investment that when I tell them it’s time to pull the plug, you’d think I was forcing them into some heartwrenching Sophie’s Choice decision.
That investment’s become a friend. I can’t kick my deadbeat investment out of the portfolio! I’ve invested too much of myself into it!

I understand that there are complicating factors with Disney and Euro Disney; however, every time I read about another bail out, I think about the term sunk costs and how they have just made that line item even more emotional due to its size. Disneyland Paris is important to the brand, so they think they can’t let it fail. You might see your investments as too important to fail. Do you?

Maybe it’s time to take a phrase from the Disney songbook and learn to Let It Go.

No matter how emotional you get with your investments, you need to understand that sometimes it won’t matter how much you put into them. You might never recover your investment and that’s okay. When you have to make that emotion-charged decision, put your managerial accounting professor hat on, check your emotions at the door and pull the trigger on the sell button. If you don’t feel better right away, try washing down your emotions with a beer or scotch (by the way, that’s exactly what just about every Wall Street trader does to handle it).

Have you ever had to make a decision where sunk costs were involved and you couldn’t pull the trigger?

Besides writing awesome stuff at Stacking Benjamins, Shannon McLay is the author of Train Your Way to Financial Fitness