You are here: Home / Podcast / Is This the End of Advertisements in Cat Videos? 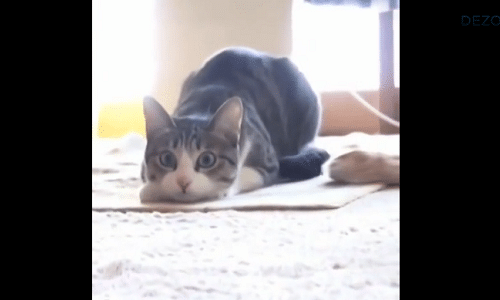 According to CNN Money, Google (owner of a little-known site called “YouTube”) shared that it is planning a paid subscription service where you can pay a monthly fee to watch and listen to online content without ads. To date, YouTube, which provides mostly free services, is financed by paid advertisements.

If you watch cat videos, you already know what I’m talking about. I saw this headline and wondered if we are headed to the point where advertisements will go the way of the dinosaur. At 36, I don’t feel very old, and yet I remember the days of having only six channels on my television, and there was no such thing as a DVR. This meant that any time I sat down to watch the Saturday morning cartoons or The Cosby Show, I fully expected commercial watching to play a large role.

Yes, occasionally I did view commercial time as my bathroom break, so I didn’t really mind the interruption in my shows, but for the most part, I sat and watched commercials.

Commercials that showed me how important it was that “Choosy Moms Choose Jiff” and that I could go completely “Cuckoo for Cocoa Puffs.” In fact, the inspiration for most of my holiday wish lists came directly from the commercials that informed me exactly what I should want every year.

When my son was four years old, he came into the kitchen and said “Mom, I want to go to Chuck E Cheese, where a kid can be a kid,” and I realized what it must have been like for my parents when I was growing up. Only it was worse because my son grew up with a DVR in the home and rarely saw commercials.

If we have the ability to pay YouTube or Amazon or watch television with a DVR, what happens to commercials? Do we care? It’s a conundrum and I am fascinated to see how the advertising companies handle a shift like this. Makes you wonder…if Don Draper worked on Madison Avenue today, how would he feel about this?

After all, I remember when YouTube had no ads; however, then the ad companies figured out how to promote their content online and force us to sit through ads to watch our favorite content. What will they do when our subscription payments price them out of the market?

I am a frugal minded person; however, I have to say that the idea of buying a break from advertisements sounds appealing to me, especially those that are targeted at my son.

Would you pay for ad-free entertainment? Would you miss commercials if they went away? If ads go away, what does this mean for companies that rely on ads to sell their goods? What happens to Chuck E Cheese?