You are here: Home / Podcast / Quantum Success With Work And Money (with Christy Whitman)

We’re kicking off Monday by talking by asking, how do you achieve quantum success with your career and your MONEY… and which of you among us doesn’t want more money in the bank? Helping us improve our financial lives is today’s special guest, Christy Whitman. Plus, in our headlines segment, would you enjoy being called a “boring” investor? And in our second headline… a company is offering insurance for space travel, what’s up with that?

Later on, we’ll tackle a voicemail on the Haven Life Line… with a baby on the way what should Michael and his wife be doing with their extra income? We’ll also try to help Jackson, who wrote today’s letter to the show. He has a job and has recently graduated from college, so now Jackson wants to move out of his parents’ home in the next year. He already has some savings built up… so what’s his next few moves?

And as always… we’ll still have time for Doug’s trivia.

Thanks to LinkedIn for supporting Stacking Benjamins.  Go to LinkedIn.com/sb and get $50 off toward your first job post.

Thanks to LinkedIn for supporting Stacking Benjamins.  Go to LinkedIn.com/sb and get $50 off toward your first job post.

Thanks to Emperor Investments for supporting Stacking Benjamins.  Go to emperorinvestments.com/sb and select Stacking Benamins podcast. 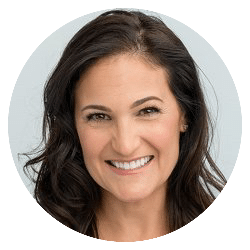 Need life insurance? You could be insured in 20 minutes or less and build your family’s safety net for the future. Use StackingBenjamins.com/HavenLife to calculate how much you need and apply.