You are here: Home / Podcast / Cheers. 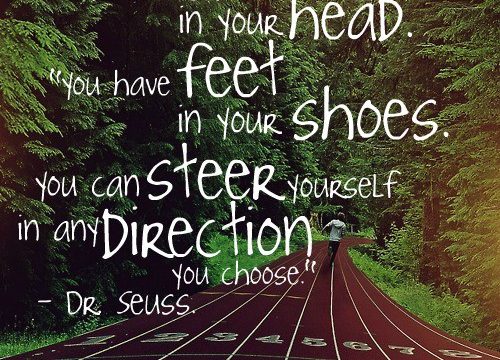 Today is the day.

As of my run this morning, I’ve accomplished my first milestone on this single journey. I’ve run 365 days in a row.

It was actually far easier than I expected. While I ran through two thunderstorms, one driving rain, one blizzard and several days when I had the flu, most of those became epic days in my mind, instead of the horrible days I thought they might be. Then again, I guess hacking in front of my neighbor’s house as I ran by with the flu was a little less than epic. In fact, now that I think about it, I was sure I was going to die.

What Were the Hard Parts?

The hardest part of running 365 days in a row shouldn’t be surprising. You hurt.  There were many days that I just didn’t f$%#ing feel like running. I wanted nothing to do with it. The cool part? Because I knew that I wanted to be writing this blog post after 365 days, I laced up my shoes and completed the daily march anyway. On most days, when I finished I was actually thankful that I’d done it.

I pretend to myself on my most undisciplined days that this silly streak is maybe motivating someone to get their ass off the sofa somewhere. Publishing my numbers keeps me moving…..so thank you for reading!

What were the highlights?

Autumn and I were in a little town just outside of Oklahoma City, where she was competing in the AAU regional championship meet. To say it was flat would be disrespectful to pancakes. I set out from this oasis known as the “Holiday Inn Express” and down the road.

Within half a mile a little thing ran across the road in front of me…..a jackrabbit! I’d seen them before, but never up close. That alone might have made my top 50 days of running, but it only got better.

During the second mile I was zoning out to a podcast, actually the most nerdy thing ever (and awesome, for boardgame lovers….). It was Garrett’s Games and Geekiness….a fantastic thirty minutes of pure board game discussion. They were chatting up a new issue called Viticulture, a brand new kickstarted game about making wine that sounded absolutely awesome (I know….I’m digging a nerd hole that’ll be difficult to climb out from). Doug and Shelly were discussing the cool pieces they’d made for the game when I realized I was getting goosebumps.

I peered to my left.

Surely, there was no way that these cattle were actually running with me. They were probably just plodding along as part of their normal daily routine. It had nothing to do with me.

I reached the end of their pasture and they stopped…..I had no fence, so I continued, happily. A jackrabbit and now some fun cattle. It was a nice diversion.

When I reached my turnaround point and came back they were waiting for me in the same corner. There were probably 30 head of cattle, all staring at me. I stared back. What the hell else was I going to do?

As I passed, the most miraculous thing that’s happened to me while running occurred. They all turned and began thundering down the pasture alongside me. Well, thundering is probably a strong word, seeing that I’m a 45 year old dude going about three miles an hour. But if you’d been flying in a helicopter that day, you would have seen an old guy and 30 cattle running parallel through the Oklahoma countryside.

It not only made my day…..it made my year. It made me realize that on the one day I really expected nothing exciting to happen (what could happen in flat, boring Oklahoma countryside?), I’d experienced the most cool moment of the year.

So, thank you cattle. Thank you jackrabbit. Thank you Cheryl for understanding when I remembered at 11 pm that we had to leave the party because I’d totally forgotten to run. Thank you neighborhood for keeping your pets on leashes. Thank you weather for only giving me a few bad days.

I’d keep writing, but I have a mile to run. What are you working on?

On my iPod: Nothing.