You are here: Home / Protect / Borrowing From a 401k is the 2nd Worst Idea of All Time 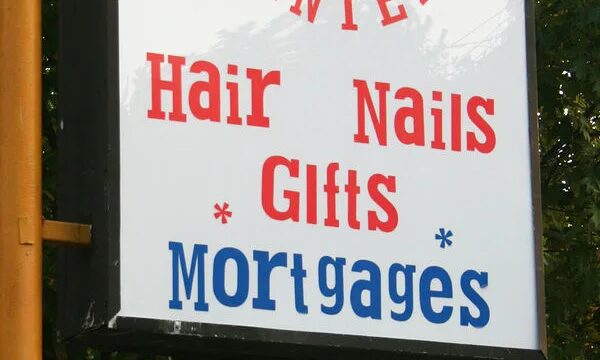 What’s the worst idea of all time? I’ll share that later. But let’s launch this discussion on the 401k, shall we?

Before you tell me I just don’t understand, you should know that I’ve heard it all:

All of these may be true, but these are all still horrible reasons to borrow from your 401k plan.

First, if you have one available, your 401k plan is the #1 place to save for retirement, unless you’re one of the small percentage of people who are eligible for a traditional deductible IRA AND a 401k plan.

Second, as you learn just HOW a 401k loan works, you’ll sour on the idea in a hurry.

So, let’s start the souring process.

The Truth: You Aren’t Borrowing Your Money

First, the amount you can borrow from a 401k varies widely from employer to employer. However, the most you can borrow is half of the money in your 401k plan. Why? Because what you’re really doing is borrowing money from your 401k provider, who holds the amount of your loan until you repay it with interest.

Why is this important? The idea that you’re borrowing your own money is flawed. All of the bogus “pro-loan” arguments roll from this technical detail. Just like anything else, you’re paying back on fun you’ve already had instead of saving for fun you hope to have tomorrow.

You Pay Yourself Back Interest – La De Da

This is correct, but the key here is in what the loan actually is costing you. While you had the money in your hand, the market was probably going up. Do you know that the stock market goes up about 70% of the time? Ouch. Your odds of “winning” against a market going up are pretty bad.

The interest rate on the loan, according to many sources, is usually the prime rate plus one or two percent. However, while you’re earning that money, your money could have been earning more.

Here’s an example: Let’s say that in 2008 Martha wanted to buy a stock car to race on Saturday against Penny and Louanne. The car was going to cost $10k. Luckily, she had $20k in her 401k, so because critical thinking isn’t Penny’s strong suit, she decides to borrow that cash from her S&P 500 index fund (she listens to a great podcast that told her this would be a good option). She then paid herself back the loan plus a hypothetical 3% interest on the loan per year. Because she’s paying back the loan she decided to STOP contributing to the 401k (can’t afford both the loan payment of $2,156 AND new contributions). How about this….we’ll show her adding new contributions of $2,156 once-a-year in the “what she could have had” column as well. That should make the loan look like a better option, shouldn’t it?

BUT that’s not realistic.

It could have been scarier: now her loan is paid off. It would have gotten worse had she kept borrowing: the next year the S&P 500 gained a monster 32.39%, and as you know it’s hitting new highs as we write this in 2014.

The point: you lose a ton of money when you borrow from your 401k plan.

Some planners make a big deal about the fact that you’re paying pretax money with aftertax dollars when you’re borrowing from a 401k. If you do the math, it all equals out….but this fact still grinds me.

What if you lose your job? That’s horrible. You have to either pay the loan back RIGHT NOW or it’ll count as income TODAY (and you can either try and take savings to pay the tax bite now or just suck it up at tax time). By the way, that money was pre-tax. You’ll owe a 10% early withdrawal penalty unless you’re over 59 1/2 or can find a way to call it a “qualifying event.” (Good luck)

I hope you never end up borrowing from a 401k plan. I ALWAYS recommended getting into credit card debt over using 401k money. That’s how ugly these loans are.

Oh yeah, I promised to tell you what was worse than a 401k loan? Here it is: taking a 401k loan to make a down payment on a depreciating asset like a car or (worse) a boat. Now you have 401k loan payments, payments on an asset that’ll depreciate AND a cash flow squeeze that I’ll bet will force you to lower your new 401k contributions.