You are here: Home / Podcast / Biting Off More Risk Than You Can Chew 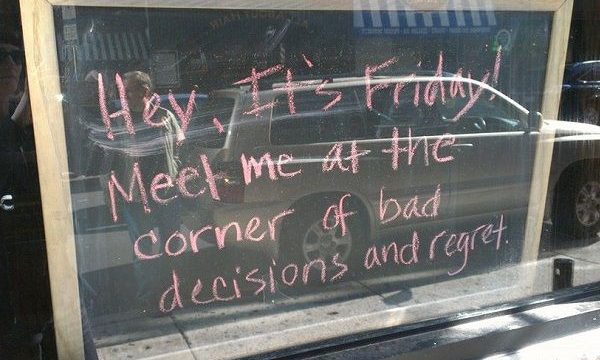 Have you ever made an investment feeling as though you were fully informed of the risks, but then something happens and you realize you got in over your head?

Apparently, according to NBC News, there are a few Virgin Galactic investors who bit off a little more risk than they could chew. After the recent crash and death of one of the pilots of the test plane, 3% of the investors who committed a minimum of $150,000 a seat dropped their reservation. Thats about two dozen people. Did they not know it was a trip to outer space before?

As a financial planner, I try to identify risks for my clients as much as possible so that they can make informed decisions about their money. Some risks are easy to identify and others become risky over time or, like this case, maybe after the fact. For example, in early 2008, buying a bank stock like Bank of America may have seemed a less risky decision; however, post mortgage crisis and billions of dollars in lawsuits, it suddenly seemed to be a significantly more risky investment.

Wasn’t This One Risky Already?

Buying a ticket on a space shuttle created by the think tank behind Richard Branson, though, seems like a risk these investors should have fully understood, doesn’t it? After all, NASA has invested trillions of dollars into space travel and they still experienced shuttle disasters.

Do you think that these investors thought Richard Branson would figure out what NASA couldn’t? How could they not see the inherent risk with this investment?

When you look at the list of supposed investors, though, I think you get a better answer where this investment was concerned. It’s a who’s who of Hollywood and Forbes celebrity lists. In their case, I think it wasn’t a factor of poor risk disclosure; I think it was a case of too much money and nothing to do with it. It was something to talk about at parties. For these celebrities, I guess there isn’t a risk too big for their money short of death.

Apparently death is the one risk they like to avoid.

What Can We Learn From This?

Want more on a related topic? Check out Yahoo! Finance’s article on The Legal Implications of Space Tourism.

There is nothing wrong with owning risk. Typically, greater risks provide greater rewards…like getting the rare opportunity to see outer space. However, you should own risk when and where you want to, so monitor your accounts to make sure you don’t own anything that could potentially blow up in your face without you knowing it.

You don’t want to cancel your ticket to retirement.

Did you ever invest money and not understand the risks? Would you pay $150,000 for the chance to fly as a space tourist?