You are here: Home / Podcast / Friday Wrap Up: Our Friends’ Best Reads 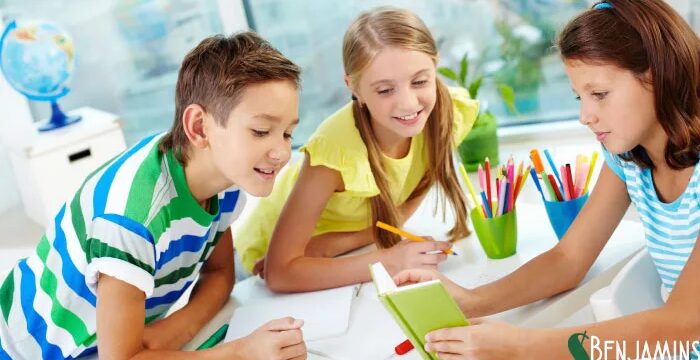 It’s Friday again (already). You and I have settled into a rhythm here in the basement. We work like crazy Monday and Tuesday. Wednesday is “stuff is falling apart and we have to duct tape it.” Then Thursday and Friday we scurry to wind stuff down and plan for a great following week. I love it, but man is it crazy.

Me too! I think we’re developing a good rhythm. A rhythm that leaves me exhausted at the end of every day, but in a good way. We’re building something here. I’m excited. I’m also excited about this weekend, because I have houseguests! This weekend is World Domination Summit, a place where people who all aspire to change the world come to Portland to get inspired. I’m not going to the conference this year, but two friends are, and they’re using my home as “home base” for the festivities. I see it as a double win because I get to hang out with Cait Flanders, from Blonde on a Budget (and hey, most recently, Forbes!) and Sarah, from Unsettle.org, and I get to hear about the conference second hand.

Ha! I’m glad I don’t have houseguests and it’s a quiet weekend. I’m finishing season 5 of Downton Abbey (I know, I’m behind….), watching this year’s version of the Tour de France and probably staining my deck. A quick story: when we first moved to Texarkana we hosted a party and a friend fell through the deck. We were standing in a circle talking and it just gave way under her. Luckily, it was only about a two foot drop, but still….I never want to test my homeowner’s policy AND maim my new friends in the same instance. Not pretty….so that was replaced quickly. BUT since then we’ve continually replaced boards and updated the deck, so I’ve got some work to do. I know…I’m living the dream.

So while you’re talking about taking over the world with Cait and Sarah…I’ll be enduring the hot, humid Texarkana days and breathing stain fumes. Dude!

You really are living the dream, man. Something tells me I won’t see all that much of my house guests, because they’re going to go get armed with the tools they need to dominate the world, but I’ll take what I can get. This was a great week!

I asked a few friends with awesome blogs, “What did you love this week?” They were kind enough to answer:

My favorite post I read this week (just in time for the 4th of July!) was Femme Frugality’s Why The Founding Fathers Were Broke because it’s not geeky enough being into personal finance, let’s bring history into it too ;o) Honestly though, I had no idea how ridiculously debt-ridden the majority of our founding fathers were.

My favorite lines were: “The point is this: as we make our journeys through life, money can make us comfortable. It can make some things easier. It can be a powerful tool. But it does not dictate the legacy we leave behind.”

This may be a bit geeky, but I’m totally digging the new CFAinstitute blog “Enterprising Investor”. I loved Some Neuroeconomics Tips for Improving Investment Decision Making by Hadley Chu. Behavioral finance (end economics) talks about how investors fall into mind traps which cause them to make bad money decisions. The herd mentality causes us to follow the crowd, all the way into buying overvalued assets and then holding on until they drop in value.

This article talks about a related, new field, “neuroeconomics”. According to Scott Huettel, professor of neuroeconomics at Duke University, “By further utilizing underlying features of human biology and the human brain, however, neuroeconomics enables one to “predict whole sets of biases that turn out to be interrelated.” For investors, this means that if you understand how the brain codes information and how that coding process might hurt your investment decisions, then you’re more likely to avoid bad decisions.

I really enjoyed this piece at The Financial Samurai – Scraping by on $500,000 per year – Why It’s So Hard For High-Income Earners To Escape The Rat Race.

I loved the article because it shows how lifestyle inflation can make even high earners no better off that middle-class earners. It’s a great read with a lot of examples. Highly recommend it if you ever wonder why doctors struggle to pay the bills.

Thanks, friends, and have a fantastic weekend!