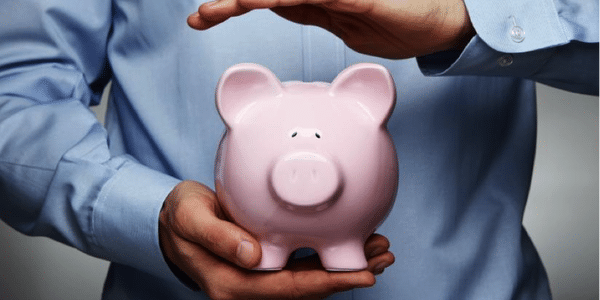 Payday loans have been used more and more often during the current recession.  As banks shut their doors to customers struggling to maintain their lifestyles or manage unforeseen bills, payday loans became a way of people getting access to short term finances.

While there are no official figures, it is estimated that around £1.8bn a year may now is being lent by payday lenders in the UK. Imagine how big this number is in the USA!

With the explosion in payday loans, the industry has understandably come under a huge amount of scrutiny.  The government, voluntary groups and even the Church have all had their say about the state of the industry and how it needs regulating.

In the last year, there have been a number of changes within the industry aiming to protect customers from getting stuck in a cycle on deepening debt. These include new regulations under the Financial Conduct Authority (the governing body for the personal finance industry) as well as so-called “payday watch” groups.

One of the key messages from all these groups is this: people need to be educated about the pitfalls of payday loans.

While they appear to be able to get them very easily, groups are keen to suggest that people should take a real hard look before taking out a payday loan.  That said, in an interview in The Guardian last September, Damelin co-founder of Wonga.com, the largest short term loan provider in the UK market, revealed that the company declines two thirds of applicants. So while applying may be easy, obtaining a loan still requires underwriting and a risk assessment.  After all, a loan company’s survival depends on customers repaying loans quickly.

The industry itself has tried to take a number of steps to try and clean up its reputation and self regulate a code of conduct. On top of this there are a number of current efforts to try and educate customers from different sources.

In Bedford, England, for example, the local Citizens Advice Bureau (CAB), local church groups and the Salvation Army have gotten together to try and raise the profile of advice to people considering taking out a payday loan.  They are also trying to act as a single repository in Bedford to help handle complaints and refer them direct to the Financial Conduct Authority (FCA).  The local CAB said it handled nearly 3000 debt enquiries in the last six months.

The new financial services regulator – the FCA – has taken a number of recent actions to curb the payday loan industry and make it more robustly regulated after it took over responsibility for lending from the OFT in April this year.

New regulations come into force in July 2014 and include:

The aim is not to remove payday loans from the marketplace but to tighten up and remove “rogue traders”, thereby protecting customers from the worse practices in the industry.

There is also a new review into how payday loans are advertised on TV to make sure young people are protected.  According to the Committees of Advertising Practice , a report by the government in December 2013 highlighted a growing concern regarding the scheduling of payday loan adverts on television.  The concern focuses on the appeal of payday loans to children and vulnerable people.

Some of the initial findings suggested the nature and style of the adverts need to be looked at as well as the possibility of having a 9pm watershed for these adverts so children were not exposed to them.

The review will publish its findings and recommendations in the autumn of 2014.

As we can see there is a huge amount of focus on the payday loans sector as organisations try to clean up its reputation and restrict its ability to affect the vulnerable people in society.

In certain circumstances, and used responsibly, payday loans may provide a useful tool for needing access to short term finance. In some cases it may be a cost-effective alternative to other finance options such as bank overdrafts. But with the push from new regulations and payday loan watch groups, it is hoped that consumers understand the risk of using them and can make an informed and educated decision.

Bio: Joanne Hucker is a freelancer living in the South of France with her rescue dog, Pierre. In her spare time, she is trying (unsuccessfully) to create her own mini vineyard.