You are here: Home / Save / Why the Alibaba IPO Didn’t Excite Me As Much As Cat Videos (and shouldn’t excite you either) 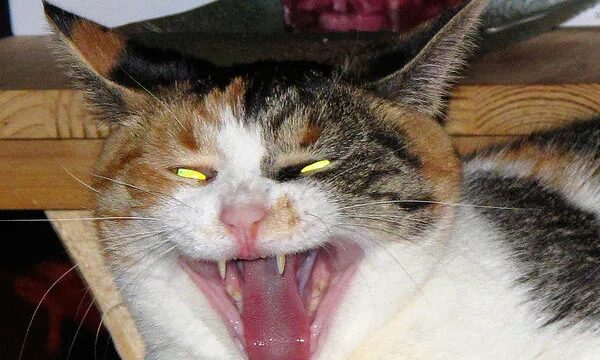 …at least this cat video held my attention and still makes me laugh:

Seriously, I’ve watched it about 30 times and I still laugh at the end. I know….I’m easily impressed.

So why didn’t the Alibaba rocket light my fire?

I’ve been devouring a book by investing guru Louis Navellier. It’s called The Little Book That Makes You Rich and details much of the reason he’s been successful as a growth investor. I was lucky to sit in a room with Louis and three other people once. It was one of the few times that I realized just how far-out-brilliant some of the people around us really are (another was walking around campus at MIT). I love feeling someone’s commitment to systems, but still who’s figured out ways to twist those systems to outmaneuver 99.9% of the rest of us.

Navellier focuses on five variables at the beginning of his book that determine whether a particular stock is worth buying:

Finding and comparing these five factors alone represents roughly 99.9% more research than the average individual investor does when picking stocks, yet these stats aren’t hidden. Sure, some aspects (like the top two on the list) are hard to predict and you have to be a little lucky to find that winner, yet there are indicators which point to companies with a history of revising upward and still surprising. Generally speaking, if you start at the bottom of this list of five and work upward, you’re more likely to have winners in the earnings department.

So What’s This Have To Do With Alibaba?

Like any initial public offering, how much of the data above do we have that Navallier lists as crucial?

There are no earnings to revise, so I can’t look at management’s ability to control the flow of data.
There have been no prior public earnings, so I haven’t seen surprises. The only surprise so far is that Alibaba is huge and the world is finally hearing about them.
There have been no public reports of sales in the past, so how do I know how to project the future?
I don’t know the level of profit margin.
I have no idea what Alibaba’s cash flow represents.

The Alibaba IPO, for me, is just like any other IPO….a non-event. The making of that cat video? Total event. Up until this point, I couldn’t do anything other than read about speculation and hope, I decided to pass. A cat video is better without data….I love the surprise. IPOs? Not so much.