If anyone knows about fighting fear, it’s Akshay Nanavati. While fighting overseas with the Marines, Akshay lost people close to him and subsequently suffered PTSD. He’ll share his story of overcoming his own paralyzing fear, fighting demons, and achieving some HUGE goals on today’s show. Whether you’re afraid of asking for a raise, of starting a workout program to feel better (and earn more money), or to get started saving, investing, or paying down debt, there’s something for everyone on today’s show.

In our headlines segment we’ll talk about HSA myths. What do you believe about HSAs that might not actually be true. Or, as HSAs become more prevalent, what do you need to know about them. Even if you’re already well versed on HSAs, you’ll find something new on today’s show (even WE found a myth that we didn’t know!).

In our second headline, we’ll talk to Beverly Harzog from US News and World report about the new ultra FICO scoring system. Who will this help? How do you ask to have your credit re-scored? What credit basics should you know? We’ll talk to Beverly about all of the above on today’s podcast!

Of course, that’s not all. We’ll throw out the Haven Life line to listener Rachel, who has some BIG life decisions to make. Should she stay in her townhouse or pursue her dream of moving to the mountains, even if it means a much longer commute to work, new debt, and probably some unforeseen consequences.

Looking for something deeper than what we give you on the show? Subscribe to our weekly newsletter: The Stacker.

Want that latest news from the basement? Looking for something deeper than what we talk about on the show? Subscribe to our weekly newsletter: Stacker

Check out the Stacker 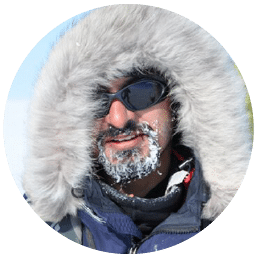 Check out more from Akshay at: Fearvana.com