You are here: Home / Podcast / A Money Mistake To Avoid Like the Plague 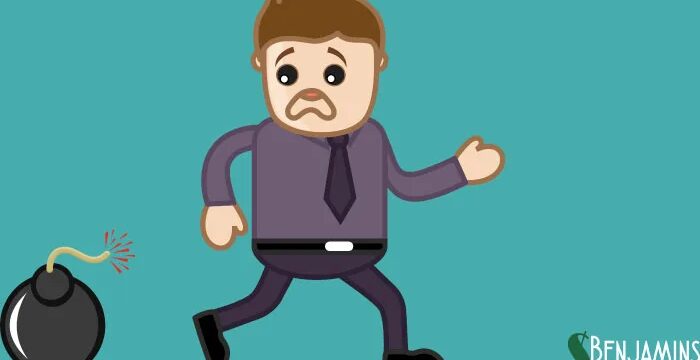 Growing up in Minnesota, my best friend and I had an absolute blast hanging out with his Step Dad Frank.  This was the dude that would get us up early to go fishing, take us golfing, and always stayed up late telling stories by the fire.  “Uncle Frank” is what I called him.

My best friend recently acknowledged to me that he looked at Frank more as his Dad than his biological Father.

Don’t get me wrong…Frank could be a disciplinarian when he needed to, but he’d always be there for us and would always find a way to bring the family together for a good time.  I grew up as an only child without a father, so Frank took me under his wing and showed me a lot of cool things I wouldn’t have otherwise experienced.

Frank joined my buddy’s family (6 sisters and no brothers) after the youngest turned 3.  This would be a whole lot of responsibility for any man, and I admire his ability to treat all the kids (and me) as his own.  He sacrificed a lot for us, and we loved him for it.

By now you’re probably wondering “where is this guy going with this!?!” There’ll be a little takeaway from this at the end, I promise.

Frank’s (real) nephew Bobbie was a good kid for the most part.  Growing up in Northern Minnesota, Bobbie liked to take trucks off-roading, shoot guns, and appreciated a good beer like the rest of us.  We were all very close at one point in our teens, but as we got older and took different career paths, we lost touch a bit.  I went into banking, my buddy went into the Marines, and Bobbie became interested in become a police officer.

Bobbie’s family lived close to a casino and it was understood in the family that Bobbie, his brother and parents weren’t strangers at the poker tables.  It wasn’t uncommon for them to run a little short on rent, and Uncle Frank would never refuse to help them out.

Frank’s parents were both killed in a car accident when he was in high school, and he was put in a position as the oldest in his family and sole breadwinner.  Frank was also a former Marine, and after leaving the service he climbed his way to the Senior Vice President Level of a large Home Improvement retailer earning well over $100,000/year.

One day Bobbie called his Uncle and shared that he was interested in joining the police academy, and had applied for a $5,000 loan for tuition but was denied.  Frank suggested they co-sign on the loan and Bobbie could take over payments, which Bobbie agreed to.

…And That’s When Things Turned Sour

Four months later, Frank received a call from the collections department at the bank.  It turns out Bobbie had stopped making payments, and an additional phone call to the county police academy facilitator brought some troubling news.  Bobbie didn’t pay a dime in tuition and never showed up for class.

It turns out he had gambled the money away in one weekend at the casino, and Frank was devastated.  Not only did his credit get severely dinged, but he was hurt that his nephew had taken advantage of him.

Frank told the bank to send him the bills, and he paid it off quickly.  The unpaid $5,000 loan balance isn’t what bothered Frank, it was the disrespect he felt from his nephew.  Ultimately Frank forgave Bobbie, but the damage was done.

I tell you this story because sometimes it takes a little defense to keep your benjamins stacked high.  Frank’s credit score dropped from 793 to 631 in a matter of months.  The timing couldn’t have been worse as the company he worked for had transferred him to their biggest store in a town about 3 hours away and he was in the market to buy a new home.

Frank was declined by 2 mortgage companies before finally getting approved (at a slightly higher rate), and I can bet you he’d NEVER recommend co-signing a loan or borrowing money to someone for that matter.

Protect your benjamins and keep ‘em stacked high by avoiding money pits like co-signing a loan.