Shows appear in your directory feed every Monday, Wednesday and Friday. Each show has a distinct feel. Each “season” runs eight weeks before a week of “rewind” episodes (greatest hits).

This site is the text version of the top-ranked podcast in iTunes, Stacking Benjamins: Earn, Save and Spend With a Plan. We tell jokes, write stories, learn from our mistakes, and give stuff away. When celebrities do something weird with their money, we report on that, too.

Podcast: A new episode with headlines, a top guest from the world of personal finance, Doug’s trivia, and your letters.

Already craving a new show? Don’t worry, only 24 hours until the next one! However, while you’re waiting, check out Money With Friends, where we cover current headlines OR if you need to lighten the mood, listen to Doug’s Super Hilarious Joke of the Week.

Podcast: A new episode featuring headlines, a top guest from the world of personal finance, Doug’s trivia, and your letters.

What are you doing staring at your computer? Go outside! Mom says some time in the sun will do wonders for your complexion. 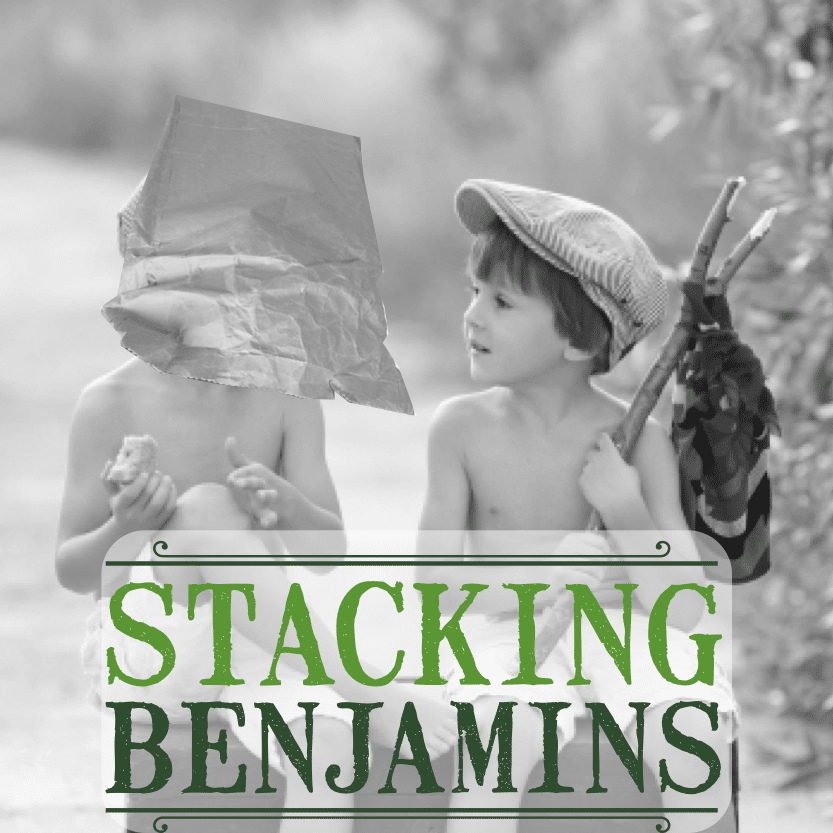 Podcast: Joe jumps on his dad’s shortwave to tackle current press headlines with some of the top writers and podcasters from around the nation (and sometimes the world!). The center of this show also features a FinTech or human resources segment, so you’re up on new apps and what’s going on in the world of work.

Don’t worry, there are many ways to hang out with all the other money nerds in the basement. Say hello to us on Twitter (also check out Joe and OG specifically for their personal takes), watch board game nights on Instagram, or hang out in The Basement, our Facebook group.